On this season of Survivor, the Fans are learning something really quick: the Favourites aren’t going to go down without a fight. Which is why the Gota tribe was sent to their second straight tribal council and eventually sent home Hope Driskill.

I got a chance to chat with Driskill about the mistakes she made and what exactly is up with Shamar!

I’m always curious how the cast the fans on the show, how did you end up playing?
I applied because I liked the show and then I went out for interviews and CBS learned more about my background and thought that I’d be an interesting edition to the cast of the Fans. It was a very rigorous application process. We all had to send in a video intviews and an application. I felt really lucky to be on the show.

There’s been lots of talk about Shamar’s strategy, which seems to be making camp life miserable. What was your strategy?
My strategy was to go into the game as a strong competitor and align myself with other strong members of the tribe. As a fan of the show, I know that early on, it’s important to win challenges. My strategy was opposite of Shamar’s because it was more to get along with everyone and work hard. Unfortunately, my time was cut short. 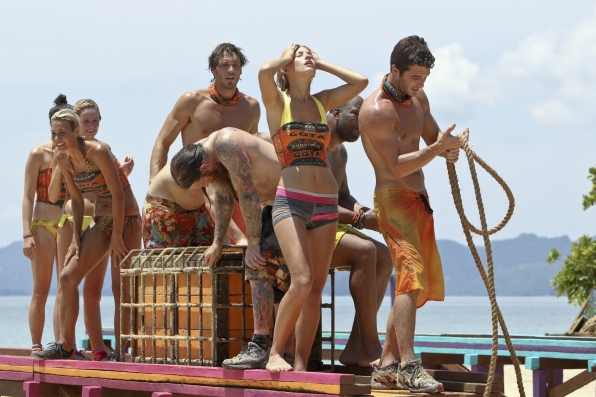 At any point in the game, do you think you made a mistake?
The great thing about Survivor is that it’s so exciting because it’s so full of twists and turns, so really, anything can happen. I don’t regret anything that I did. I think my strategy was good going into the game, we had an alliance of five with Matt. But it’s also about making and breaking alliances and unfortunately Matt broke our alliance early on and the votes didn’t go our way and our numbers came up short.

Last week, I talked to Allie about the Matt alliance and she only had nice things to say about him, even though he voted you both out. How come you guys like Matt so much?
Anytime I talk to Matt again, I will always give him crap for not going our way. But that’s the fun of the game and that’s how it’s supposed to be played. I wish more than anything in the world that he would have voted our way, but Matt is a really nice guy, he is genuine and I like him a lot.Â  He should have gone our way.

Plus, he has an awesome beard.
Yes, he has a great beard! 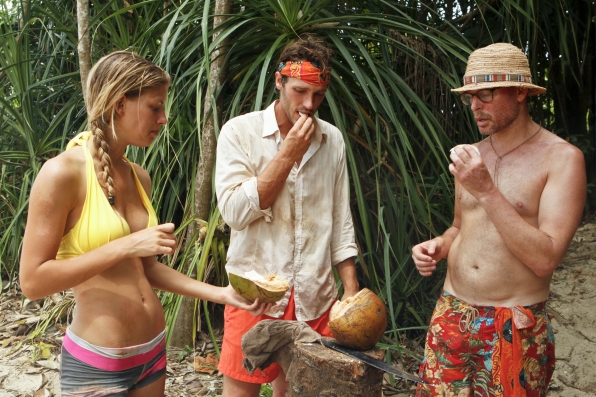 I know you really wanted to play an honest game, but at any point did you think of turning on your alliance just so you could keep playing?
Of course I wanted to play a loyal game, because that’s my personality. But at the same time, when Shamar was telling me about the voting when we were in the water, how I should try vote for Eddie and maybe save myself. Instead of turning on my alliance, I tried to swing it another way by going back to his alliance and telling them that he just unveiled their plan to me, in hopes that they would see him as untrustworthy and making them miserable. I tried to swing it in my favour before turning on my alliance, which I ultimately decided not to do.

Did you learn anything that you didn’t know when you were just watching the show at home?
Yeah, I think one of the coolest things about the show is that it’s very, very, very real. I know that when I was watching the show, I always assumed that it wasn’t as hard as it looked. And that there was probably food hidden behind the cameras, sunscreen or some sort of assistance. But none of that’s there. It’s very real. And even though my time was cut short, I’m still proud of it, because it’s the hardest thing that I’ve ever done. So I have a lot of respect for the game.