If you’re not watching this season of Survivor, you’re missing one of the most dramatic and quite frankly, sad, destructions of a tribe we’ve ever seen on the show. (Anyone remember when Stephanie was the only one left on her tribe during Survivor Palau? Yeah, it’s like that.) No matter what they do or who they get rid of, Matsing can’t seem to catch a break…or a raft..or proper shelter, and most importantly the Immunity Idol, which they were within millimeters in the last challenge.But as Jeff Probst would say, millimeters don’t win your Survivor, winning wins Survivor.

In a relatively shocking twist, returning player Russell Swan was voted out by Malcolm and Denise, who proved their alliance is very much like the one Tina and Colby had all the way back in Survivor: Australia.Known for his passion for the game, Russell couldn’t help but be temperamental as his team lost challenge after challenge.I caught up with the latest player voted out and as you’ll read, he’s still not quite over his elimination.

Are you still recovering from your experience on Survivor?
Russell: Yes, Iâ€™d be lying if I said that I wasnâ€™t.

Why is the game having such an affect on you?
Russell: Out of the 300 or 400 of us that have played the game, there have only been ten of us that have been taken out of Survivor because of medical emergencies. I think that the other nine people could also explain, but I think when you get pulled from the game, youâ€™re already in this psychological whirlwind of â€œwhat if?â€ or â€œHow did it go so wrong?â€

The stakes just felt so high, because youâ€™re trying to prove so many things, to yourself, to your family, so maybe I made the stakes too high, maybe I put too much into this. But I did. Every fibre of my being was focused my previous failure and to have this season play out like this, is the absolutely worse scenario I could ever imagine.

I spent all that time preparing for this thing, to leave my family again, only to go out there, go 0-4 and then be the subject of ridicule and scorn, I donâ€™t see how anybody would think that would be easy to deal with. 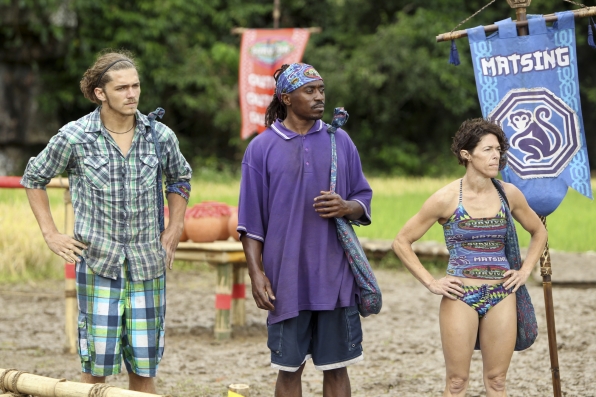 The ridicule and scorn, are you talking about Jeff Probst?
Russell: You name them, folks like yourself, the bloggers, the fans, Jeff. To a certain extent, I get it. Thereâ€™s lots of arm-chair critics, but I think even some of the survivors donâ€™t understand what itâ€™s like to return to the game under those circumstances.

Letâ€™s talk about the positive of coming back. At least you got to come back!
Russell: Itâ€™s an amazing thing to be able to play the game first time. To be asked back, is of course a huge honour, to say that itâ€™s not would be completely detached from reality. I canâ€™t take away the fact that out of all the millions of people who want to play the game, they chose lilâ€™ old me twice. I canâ€™t divorce that from the absolute disaster that unfolded.

Are there strategic moves that you should have made instead of the ones you did?
Russell: Itâ€™s just so difficult. Do you vote out Roxy first, then Zane? Does that even make a difference? Or maybe the configuration of the tribe itself was such that it just could not compete against the younger generations on the other tribes. I just donâ€™t know. 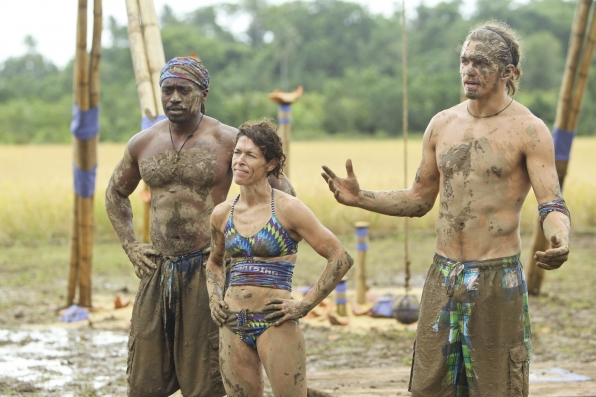 Jeff seemed to be pretty hard on you. Was there an unnecessary spotlight on your game.
Russell: (Pauses.) Thatâ€™s a good question. There are lots of complexities about how I feel about Jeff. Heâ€™s done what he has to do, thatâ€™s his job and he does it well. Personally, it felt very, I donâ€™t know. Iâ€™m going to ponder this one.

Would you go back?
Russell: Itâ€™s interesting, because I canâ€™t think of a reason why they would ask me back, to be able to even answer that question. I canâ€™t even see that far, to even get to why Iâ€™d go back.