If you weren’t expecting much from Lisa Whelchel from this season of Survivor, you’re likely not alone. The former teen star of The Facts of Life, could have stuck out badly in a game were there’s little room for nicities and religion. But instead, Whelchel, buckled down, played a tough game and made it all the way to the final three.

Here’s my interview with her!

How surprised were you that your secret didnâ€™t seem to affect your role in the game, nor did it get out until the very last minute?
Lisa: Yeah, I was definitely shocked. Going in, I just assumed that if there was anybody over thirty, they would know and that they would tell the tribe and I would have to deal with it right off the bat! I was actually surprised that it was as much of a non-issue as it was.

Did you have an answer prepared for when someone found out that youâ€™ve already had your success?
Lisa: Yeah, I would have had to deal with it pretty early on. As far as Tribal Council is concerned, I think you have an opportunity for people to get past whatever you did for a living and get to know you as a person. The reality of me as a person is that the Facts of Life was 25 years ago and thatâ€™s where I am right now. 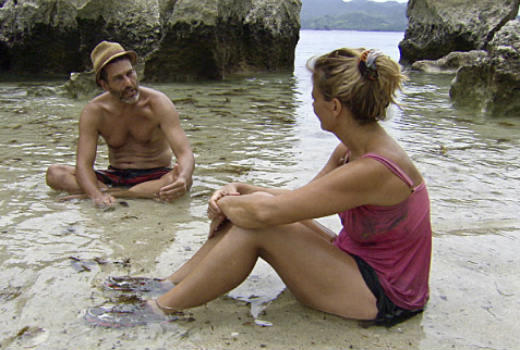 Were you surprised that Penner â€œoutedâ€ you.
Lisa: I was surprised, but I shouldnâ€™t have been. That was the most dramatic moment to expose me, and it makes all the sense in the world now. But in the moment, I was kinda thinking we had become friends out there and I was surprised that he was going to pull that out and use it against me.

Were confrontations like telling Abi that you were leaving the alliance, hard for you to do?
Lisa: Yeah, they were very hard, but it would have been harder to just drop her and not having her expecting it, because I had given her my word. Neither one of those things make for really great Survivor game play.

You were a big fan of the show, how did you prepare for Survivor, physically, mentally and emotionally?
Lisa: I trained with a Navy Seal, to help me be a better swimmer in the ocean, which obviously didnâ€™t work. I worked with a soft ball coach on throwing bean bags, because they do so many of those types of challenges. Anything I could think of that could be a challenge, I tried to practice.

How did you actually end up on the show?
Lisa: Well, I made a little audition video and asked my followers to ReTweet and it and share it on Facebook. It ended up on some sort of Survivor bulletin board and a casting director saw it and thatâ€™s what happened!

Religion and Survivor always seem to go hand in hand. Sometimes religious players tend to stick together and vote out non-believers, while in other seasons, you could be ostracized for coming off as religious. How do you think your religion affected your game this season?
Lisa: I donâ€™t think it affected that much on the island as it appeared to on the show. I kept it very, very quiet. I didnâ€™t want to be praying all the time. In fact, I didnâ€™t pray until Day 36 when my brother showed up. He was the one that asked if we could pray, but Iâ€™m not going to say to my brother, â€œWe canâ€™t talk about God on TV, be quiet.â€ And of course, I would have prayed for Denise, because she really was in so much pain.

Can you sum up your favourite moment in Survivor.
Lisa: Trying to sum it up in one moment would definitely be the moment when I got to see my brother. I also loved the moments in the mud with Denise and I loved the merge feast. 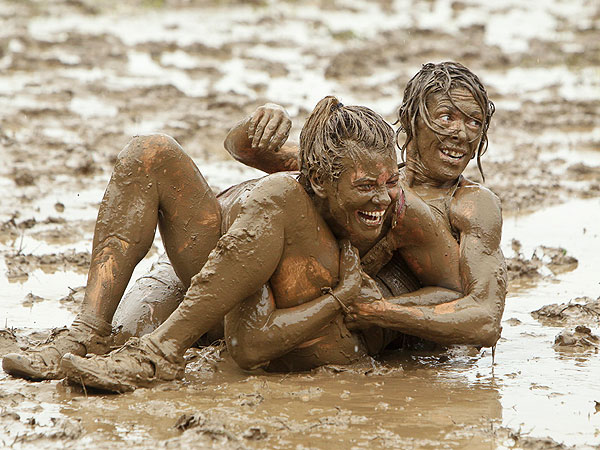 Iâ€™m so glad you brought up the battle in the mud, youâ€™re tough, eh?
Lisa: What surprised me more than that was just how bad I was at all the other challenges, because in my mind, Iâ€™m a power horse.

Were you surprised that you only got one vote in the end?
Lisa: I was surprised that I got even one vote, because I had to write peopleâ€™s names down that were on the jury, that we had made alliances with from the beginning. And there no was no one from Malcolm and Deniseâ€™s tribe on the jury, so they had fewer people invested in them. They played amazing games, you canâ€™t take that away from them!

When you came back from the island, you actually contracted the West Nile virus. How are you feeling?
Lisa: Iâ€™m feeling fine. It effects people to different degrees and I have a strong immune system, Iâ€™m going to be fine real soon.

I also read yesterday that youâ€™re joining “The Jeff Probst” show as a co-host!
Lisa: Just for a handful of shows, just going to sit beside him at the top of the show and interject a little bit during the interviews, itâ€™s going to be about a week!