Survivor Exit Interview: Is it three strikes and you’re out...

If you’ve watched TV at some point in the past 15 years, chances are you’ve seen Jonathan Penner. Before playing Survivor, the actor/director made appearances in countless projects, including some big ones like The Naked Truth, Seinfeld and Arrested Development. But Survivor fans know him as the smooth-talking three-time player who was eventually done in by the star of the Facts of Life.

Isn’t life funny? Not as funny as Penner.

What surprised me most about your elimination is that, despite your friendship with Lisa, she voted for you three times!
Penner: It didnâ€™t surprise me. She was very loyal to Tandang and it took me a very long time to get her to turn her head towards me. I hustled my butt for 12 days for her to work with me and when I didnâ€™t shake her hand, she sent me home. 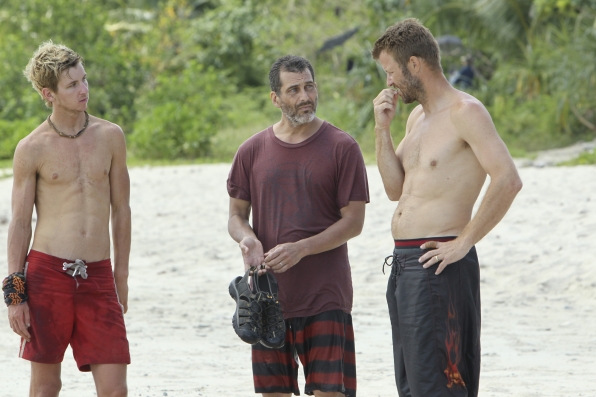 Do you regret not forming that alliance with her now?
Penner: Of course! It was something as simple as shaking your hand that would have guaranteed me a million dollars, of course I would have done it!

Itâ€™s so frustrating to see that no one talks about getting rid of Malcolm, who is clearly a front-runner for winning the game.
Penner: Thereâ€™s a notion of low-hanging fruit. I think people were so confused and put off because the Tandang 7 did not hang enough together. They really could have voted the four of us off and it would have been every man for them self. But because every vote they seemed to flip flop around, there was never enough of a cohesive group to say, â€œLetâ€™s blindside Malcolm.â€ So itâ€™s much easier to go after someone who didnâ€™t have an idol, now you turn around and Malcolm is in the final six, with a solid four-person alliance. At this point, I donâ€™t see them flipping on him. 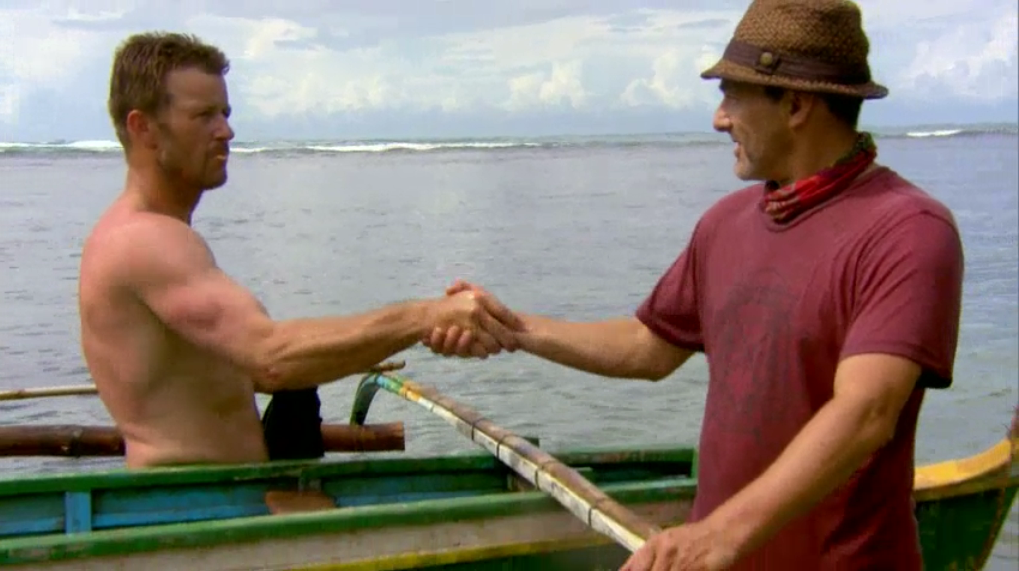 Were there any surprises when you were watching the show after playing it?
Penner: It surprised me how chubby I was at the beginning!

Itâ€™s a good strategy to put on weight!
Penner: It was a good strategy, but Iâ€™m not that vain. But I got a little â€œvainerâ€ when I saw it. I said, â€œShit, I should have been a little vainer.â€ Jeff Kent surprised me. I knew he was a bit of a sour puss and I actually got along with him. I didnâ€™t know he was a baseball player, but he and I got along fine. Great, no? I get along great with my wife. Jeff Kent and I got along fine. I didnâ€™t realize he was gunning for me and the reason why I was having an impossible time getting any sort of traction from the other players on my tribe to truly align with me, was because he had poisoned the well against me. 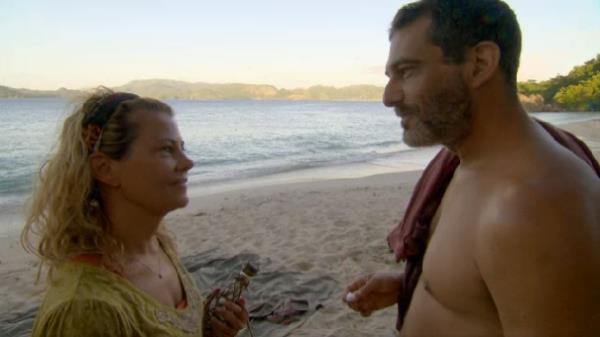 Speaking of celebrities playing the game. You knew Lisaâ€™s secret that she was once an actress on The Facts of Life. Did you ever consider telling the rest of the tribe?
Penner: I didnâ€™t know initially. It wasnâ€™t until Denise joined our tribe after splitting up the Matsing disastrous tribe. She told me who Lisa was. She knows I didnâ€™t know who she was, because I didnâ€™t watch The Facts of Life. Itâ€™s not my kind of show. I donâ€™t know how many 50-year-old guys in America watch that show, maybe in some kind of bizarre fantasy that Iâ€™m not going to go into.

Did you ever feel like sharing her secret though? Would it have been a factor in the game?
Penner: No, I played a very honest game. I certainly played an honest game with her. Too honest, honestly. I told her I wouldnâ€™t tell anybody and I didnâ€™t. I didnâ€™t tell any of the things that she told me in confidence. And thatâ€™s how she was able to say to Skupin that she trusted me more than she trusted Malcolm, because she did trust me, because I was trustworthy. And that was my mistake, I assumed that I had turned her head and was working with me. It was a logical assumption, but an incorrect one. I gotta tell ya, if I had realized that when I didnâ€™t shake Lisaâ€™s hand, that I had three days, basically a dead man walking, I would not have been so cheerful. But the truth is that I had no idea that my opportunity had come and gone. We were all still having a great time, because they were great liars and Iâ€™m an oblivious fool.

Are you done playing Survivor? Is it three strikes and youâ€™re out?
Penner: Youâ€™d have to ask the producers. If they asked me to play again and I was available, Iâ€™d certainly have to consider it. I think I played well, I still think I have a winning game in me. The two things I havenâ€™t done before are get to the final three and win or get blown out and make an ass of myself. Chances are, if I played again, one of those two things might happen. But realistically, Iâ€™d probably make the jury again and have a lot of fun and wonder why the hell I didnâ€™t win a million dollars.

Youâ€™re always so fun to watch, where can your fans see you, are you acting again?
Penner: Iâ€™m not acting right now, but there are some hosting possibilities for me, which is great fun. Iâ€™m sure I will act again someday.