Survivor Exit Interview: “I noticed that they had an advantage...

For me, the best part of any season of Survivor is after the merge. That’s when old alliance fall apart, players start flip flopping and usually, all hell breaks loose. That’s exactly what happened this week, when Malcolm convinced Reynold to give him his Idol, even though he was about to play it. It was a confusingly strategic move, that left Malcolm with still another Idol to play with and Reynold safe. But sadly, the same couldn’t be said for event planner Michael Snow, who when the dust settled on the fast-paced Tribal Coucil, had one too many votes with his name on them.

As a fan, what was your initial reaction when you saw that youâ€™d be playing against the favourites?
Michael: It was exciting and troubling at the same time. It was exciting because I knew we were in for a good game, it just turned the game up a notch immediately. But it was troubling because I was worried that they would have experience that we didnâ€™t have. Actually over the entire time that I was playingÂ  the game, I noticed that they had an advantage over us. Everything from knowing how to set up camp to the challenges and how to strategize. But it was what it was and I tried to play against it.

What Favourite were you most excited to play with?
Michael: Actually I knew that I would be able to play well with Corrine and surprisingly enough, we were able to be together on a tribe for quite a while and work together. 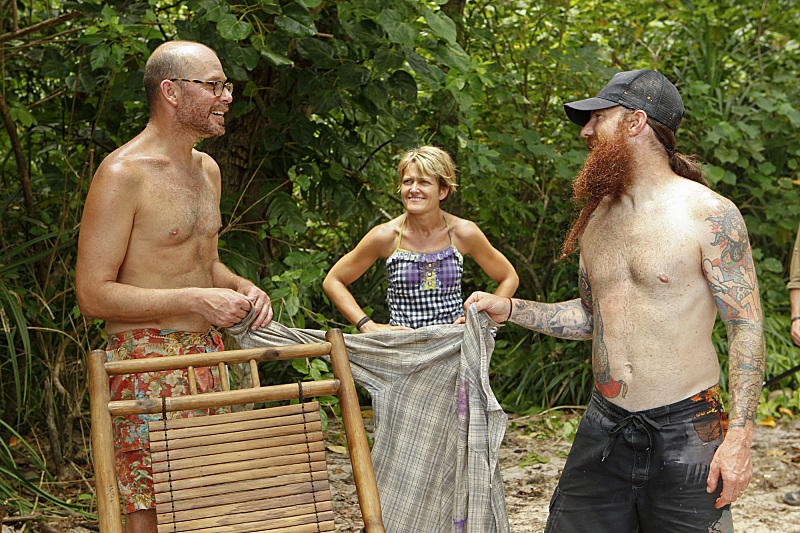 What do you think was your best move in the game?
Michael:Â  I think it was definitely aligning with Matt in the first day or so. That really allowed me to settle in a strong trusting alliance and I also worked closely with Julia, so the three of us had a strong alliance within the greater alliance, so we could feel confident where we were moving and never feel like we were in trouble.

Corrine talked a lot about you being â€œher gay.â€ As a gay man on a reality show, especially with everything thatâ€™s going on in the USA, did you feel a responsibility to break stereotypes or not become a character?
Michael:Â  I thought about it before I went out. I thought the best thing that I could do, so I wouldnâ€™t be a stereotype and so that me, my family and my boyfriend could be proud, was to be myself and thatâ€™s what I did all the time out there.Â  And I knew that if I was myself out there and whatever came across, came across, I would be happy. Iâ€™ve been very happy with what Iâ€™ve seen.

As a contestant were you nervous about how you might be perceived?
Michael:Â  I was more curious than nervous because I knew that I hadnâ€™t been a total fool out there, I wasnâ€™t fighting with people. I didnâ€™t talk about hating people, I just talked about what was happening in the game, so I wasnâ€™t nervous that Iâ€™d come across as a tool or a dick. 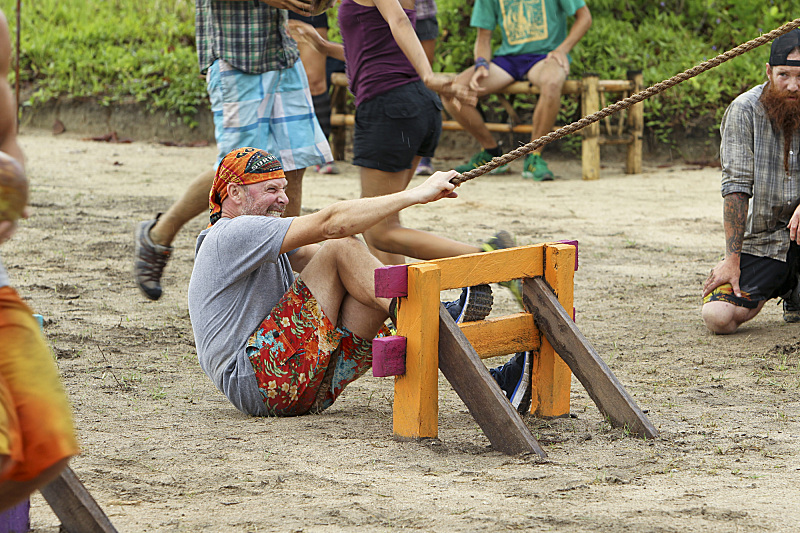 In your final tribal council, say you were in a different situation, would you have given Malcolm your idol like Reynold did?
Michael: I donâ€™t think so! Reynold was standing up to play it! Malcolm is cool, but we were not that tight out there, so I wouldnâ€™t have given up my idol to Malcolm, thatâ€™s for sure!

Are you happy with the game that you played?
Michael:Â  Iâ€™m proud of the game I played. I played the game the I wanted to play, I played hard, I strategized. But happy? No. I was there to win, I was not out there to be on TV or get a suntan. I knew the game and I knew how I wanted to play. I wasnâ€™t happy not winning. My competitive spirit was alive out there. I just wanted to win everything out there!