Survivor Exit Interview: “I missed all the cues.”

When we first met Andrea Boehlke, you probably wouldn’t think that she’d have as much control as she did in Survivor’s Fans vs. Favourites. But thanks to some smart thinking and maybe a little flirting, she ended voting out some big players, which as is Survivor law, usually means you have a big target on your back. Which is exactly what happened. To make matters worse, Andrea was so confident, she got voted out with an immunity idol in her pocket.

This is your second time playing, what did you tell yourself so that you would play different in your second season?
My first season, I was seen as a follower and I didnâ€™t make a lot of big moves. I wanted to make them, but I knew Iâ€™d be tattled on, so this time, I went in all or nothing. Just to prove to myself that I can make moves. Iâ€™m a fan of the show, I knew I wanted to play strategic and I wanted to play an aggressive game. Did I overplay? Yeah, probably. But I was happy because there are times in this season that I wanted to make a move and my alliance listened to me and saved myself in the game, like voting Michael off. I was able to get my hands dirty, thatâ€™s why I love this season so much. 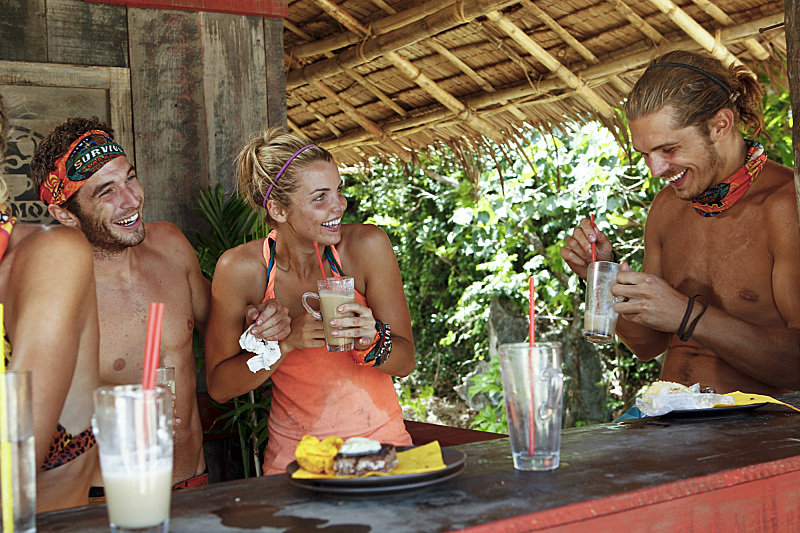 Were you surprised that you took so much control of the game?
Yes. Iâ€™m just a little girl (laughs). No, I wanted so badly to take control. It wasnâ€™t just me, there was definitely an alliance. So it wasnâ€™t like I was calling all the shots. In the end, the power started to get to my head, which you should never ever feel comfortable.

You got voted out with an immunity idol in your pocket. That last day, did you ever consider playing the idol?
No! Itâ€™s so weird, I was so paranoid the entire season , I was frantic, I was a mess. Any other day I would have played it in a heartbeat, but for some reason, I was calm, collected, totally out of character for me playing Survivor. At that point, Reynold was gone and I wanted to take out my biggest threat and everyone else was on board. And they just played it off so well, I missed all the cues. I was so focused on voting out Brenda that I didnâ€™t see it coming. I took it so well because it was hilarious. We were napping the entire day, meanwhile I missed the conversations people were having in the woods.

Do you notice when people disappear from camp for a while? What does that do to your psyche?
Thatâ€™s the entire game. As soon as two people are gone, you get so paranoid. So you get up, look for sticks or whatever. And then you hear them talking, so you start talking to them and pull one of them aside, and you donâ€™t know if sheâ€™s lying. Itâ€™s always about the numbers, itâ€™s hilarious. 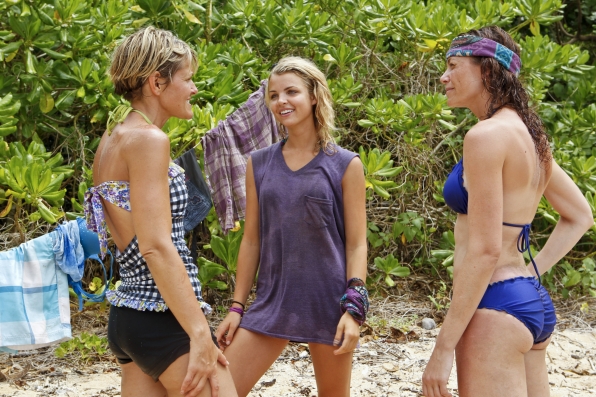 I loved your move of waiting with Malcolm as he looked for the idol. How long were you there for?
Not as long as it looked, I was maybe only there for thirty minutes. It was annoying, so we both just decided to go back. However, I was looking for the idol with Brenda. Malcolm actually faked finding the idol, we werenâ€™t sure if we could believe him, but we wouldnâ€™t put it past him because he found like 1,000 idols, thatâ€™s why we split the votes. I was always looking for the idol, it was so frustrating that Malcolm could just go out and find them.

What did you think of last nightâ€™s blindside of Brenda?
Iâ€™m a little biased because Iâ€™m Team Dawn and Cochrane and I understand their move. Letâ€™s say youâ€™re Brenda and youâ€™re in this situation, I think everyone would have given the reward to the other tribe members, itâ€™s Survivor 101. But itâ€™s a bad move because it didnâ€™t help her in the game. It was cut through of Dawn and Cochrane to do it, but I get it. At that point, Brenda could win the game. Could Eddie win the game, probably not? So why take out Eddie when you can take out Brenda, whoâ€™s actually a threat. I would have probably done the same thing.

Going into the finale, who should we keep our eyes out for?
I would say Cochrane and Dawn. They are making all the moves. I was with them since Day 1.They are really running the game. Erik seems to be losing it, but he could pull off some challenges. Eddie for some reason votes the wrong way and heâ€™s still there, so you never know! 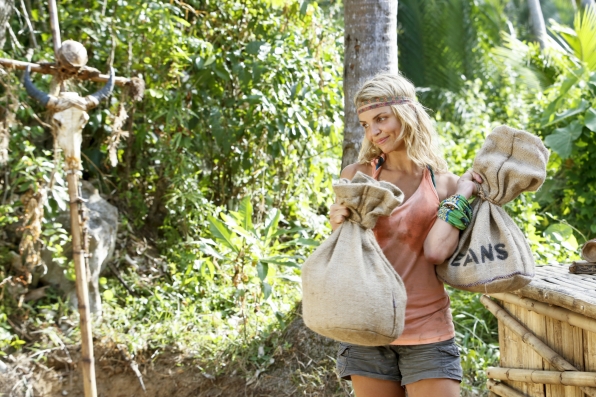