Survivor Exit Interview: Fan favourite Rupert is the first to...

When it comes to Survivor contestants that happen to also be household names, they donâ€™t get any bigger than Rupert Boneham. The fan-favourite recently returned to the worldâ€™s toughest game show for a fourth time, hoping to win it all. But this time, he was eliminated first. Thanks to a series of twists and turns, Rupert never even made it to his tribeâ€™s beach before he was sent to Redemption Island, where he quickly lost to Marissa and Candice, making him the first person to be sent packing on Survivor Blood vs. Water.

Rupert! Itâ€™s so good to talk to you. Iâ€™ve been watching you on TV for years!
Rupert: Itâ€™s crazy that after being on Survivor four times, Iâ€™m the first one out!

I think they should do a season with all the people who were voted out first. That way you could play again.
Rupert:I hope they do! That would be wonderful. 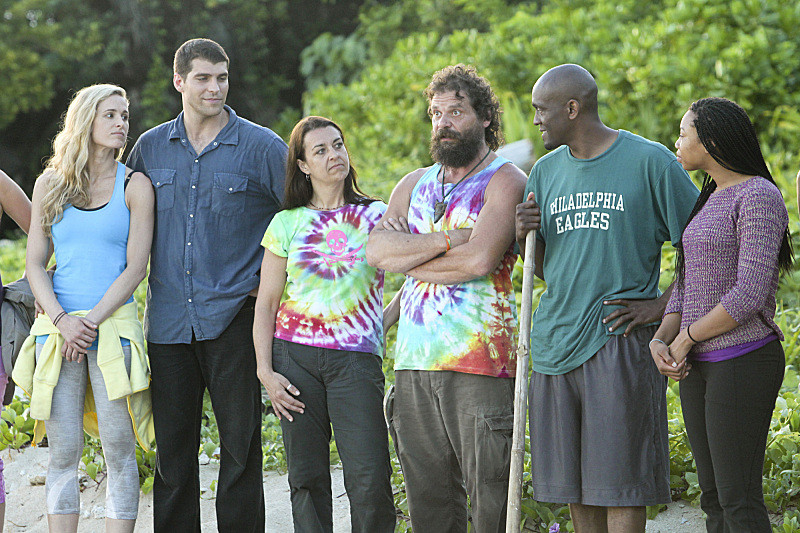 Were you nervous about your wife, Laura, playing the game?
Rupert: When they asked me to play Survivor again, but that I had to bring a loved one, I did not even give them Lauraâ€™s name because the game is so hard, the game hurts you, the game beats you down. I gave producers the names of my brother, my cousin and my niece. Then a week went by and Laura said, â€œWhy didnâ€™t you give them my name, I want to play!â€ I wanted it to be Lauraâ€™s choice, I was worried about her but as youâ€™ve seen, sheâ€™s pretty darn tough.

Is Laura a big target on the Galang tribe?
Rupert: Just like the loved ones that voted her out, I think there are a few people on the returning tribe that I have a big of a history with. Thereâ€™s Tina, who I voted out first in Survivor: All Stars. Tyson and I were against each other in Heroes vs. Villains and I know that heâ€™s still got a bitter taste in his mouth. Iâ€™m just hoping that Laura can get in there and show that sheâ€™s a good worker and tough in the challenges. Sheâ€™s a better swimmer, runner and puzzle-maker than I am. 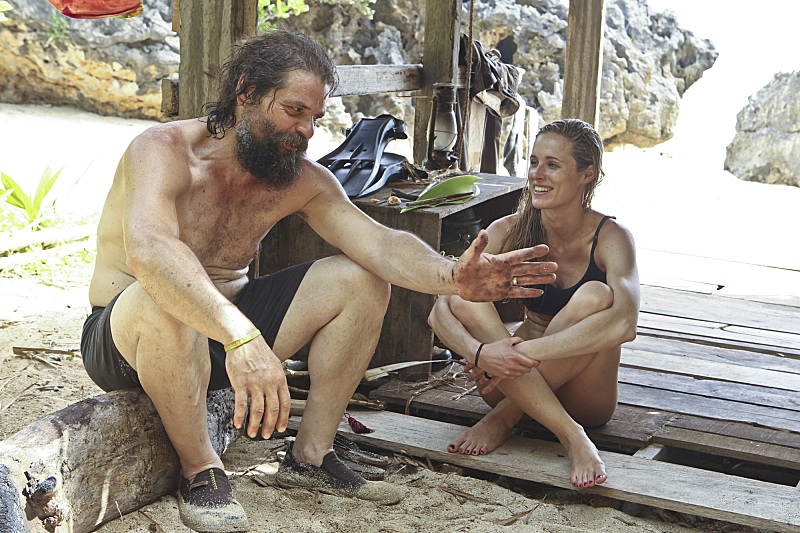 Who were some of the returning players that you were excited to play with that you never got a chance to?
Rupert: Ever since the first Survivor, Iâ€™ve been in love with Survivor. Just like I got to play with Rudy Boesch, the toughest old man Iâ€™ve ever met, I wanted to play with Gervais! He was on the very Survivor, thatâ€™s what made me fall in love with Survivor. I wanted to play the game with Tina, knowing I had to make it up to her, knowing I voted her out first last time. I would have really liked playing more with Tyson.

People know you for Survivor, whatâ€™s your life outside of Survivor.
Rupert: Most of my days are spent on my mentoring program, Rupertâ€™s Kids. We are teaching young men how to make a living, have a sense of self-worth and work ethic. We do a lot of landscaping and then in the winter time, we rebuild housing projects. It teaches them how to be electricians, plumbers, carpenters, framers and painters. We teach real life skills. I love spending my day like that.

What does Laura have to do to win Survivor: Blood vs. Water?
Rupert: Laura is going to have to show the returning players tribe that she is tough. Theyâ€™re going to be hard on her. Theyâ€™re going to expect her to take my place, if she can do that and also play social-side and be a worker bee, then sheâ€™ll have a great chance!