Of all the Survivor interviews I’ve done, this was the one I was most nervous about. Not because I think Brandon Hantz is a big star, but because I didn’t know how the interview would go. Anyone that has seen the two Survivor seasons featuring Hantz, knows that he is anything but predictable.Â  A trait that was most highlighted last week, when tempers flared, names were called and massages were given (notably by Jeff Probst.) You can watch Brandon’s meltdown below.

Today, I didn’t get the emotionally temperamental Brandon, I got the lethargic, maybe exhausted, Brandon.Â  I’m not sure which I would have preferred, but it was interesting to talk to him none the less. Out of all the contestants this season, he’s almost certainly secured the year’s most memorable scenes and we’re only a few weeks in.

How has this week been since the episode aired?
Every once in a while, Iâ€™ll check it out (the media) but normally I donâ€™t pay attention, because I donâ€™t necessarily want to see what people have to say about everything.

I read that you watched last weekâ€™s episode with Russell. Did you prepare him for your exit?
I didnâ€™t explain everything, so there were a lot of things that were shocking. But I clued him in that it was going to be pretty intense.

Were you nervous about how it would come off?
I knew how it was going to come off, it wasnâ€™t going to be pretty, I was definitely prepared for it, there was nothing I could have done. 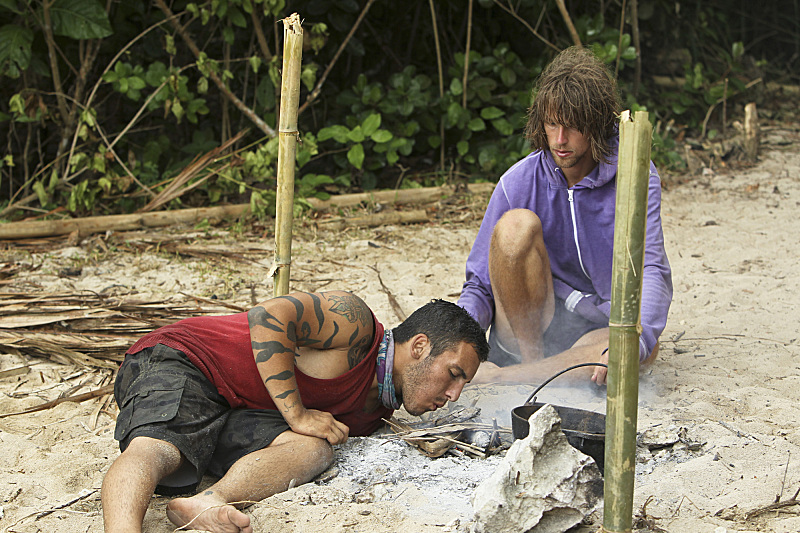 Letâ€™s go back, why did you want to go back to play Fans vs. Favourites?
A million dollars and the chance to kind of fix perspective of Brandon Hantz. He cried constantly and I hated the crying.

And do you think you did that?
Yeah, I would say so, not necessarily in a good way, you know? But any publicity is good publicity.

Which favourites were you excited to play with?
Dawn and Eric.

Obviously thereâ€™s animosity between you and Phillip. Are you a little frustrated that you left the game before he did?
No, not really because I donâ€™t think heâ€™s going to win.

Why not?
I donâ€™t think Phillip would ever win Survivor, just like I donâ€™t think I would ever win Survivor, unless luck was on my side and it was meant to be. We both have extreme personalities, so I want to be fair and say neither of us would win. Itâ€™s worse going to the end of the game and then getting voted out, then getting voted out early. Because at the end of the game, youâ€™re right there, youâ€™ve been involved in everything, mentally itâ€™s worse. For me, I was three days away from making it to the end of the game, it was terrible. 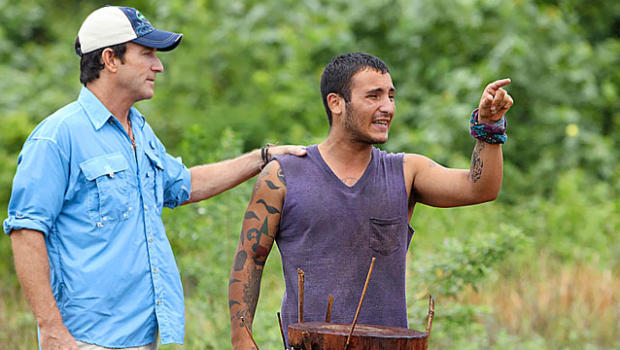 So who are you rooting for in this season?
The fans.

Right before the immunity challenge, when you stepped off the mat, I really thought you were going to ask to switch tribes. Did you every think about doing something like that instead of leaving?
I donâ€™t know, man. Youâ€™re so in the moment when youâ€™re out there, youâ€™re not thinking about all the things that are possible, because switching would be very possible. It didnâ€™t really come to mind.

Youâ€™ve played twice, are you done playing Survivor or would you play again, maybe with your uncle?
I would definitely play with my uncle. But anything else, no, I donâ€™t want to play again. I would have to with Russell. I donâ€™t need to be on his tribe, just compete with him, other than that, it just wouldnâ€™t be fun for me.