Carter Williams will be remembered this season as being one of the nicest guys to play the game. Too bad being nice doesn’t win the game, as he quickly found out, just barely making the Top 5 on Survivor Philippines. I got the chance to talk to about when he new his game was done and who he had the biggest emotional connection with.

You guys all prepare for the show, but did your preparation help you make it so far in the game?
Carter: I prepared physically the best I could, but what I didnâ€™t prepare for was the elements. The few hours of sleep of night, on bamboo and the cold wet rain. The conditions and not eating were difficult. I come from a distance running background and we pride ourselves on being pretty dang tough, you know? I feel like that helped me to ignore certain things in the game, but you donâ€™t prepare for lying to people, and the emotional connection that you feel towards people. I donâ€™t even know how you would go about preparing for that. 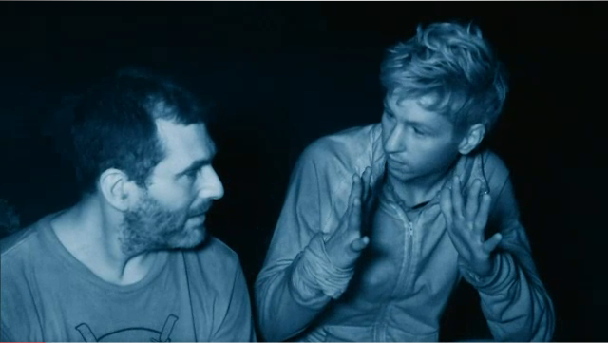 So who did you connect with the most in the game?
Carter: At the food auction, Iâ€™d say everyone was friends. But I would say the guy I connected with the most was the guy that looked out for me the most and that was Penner. Going in, I really wasnâ€™t sure to think of him, because he was kinda seen as the villain during his season, which was one of my favourites. Iâ€™ve since become a big Jonathan Penner fan and heâ€™s just a really great guy.

You didnâ€™t get a ton of airtime during the first half of the season, it didnâ€™t seem like you were making big moves, is that how it felt when you were actually there shooting?
Carter: Yeah, I was pretty quiet. We won a lot at the beginning, so why start trying to play too many cards before you hand is dealt. R.C was trying to make these big moves, and we hadnâ€™t even gone to Tribal Council yet. I knew I was aligned with Jeff Kent and Penner, but I wasnâ€™t too afraid of the girls on our tribe. What you saw was pretty on cue. We had some pretty relatively simple plans and we carried through with them. 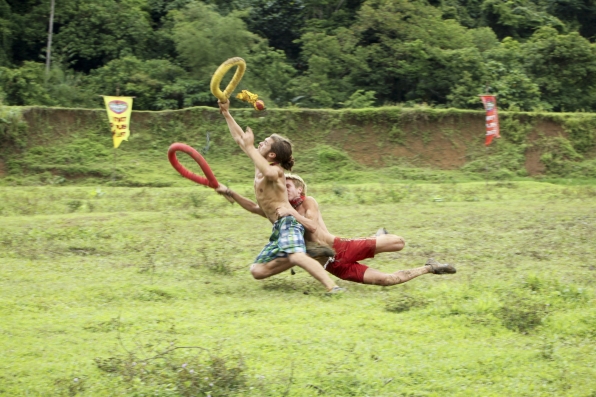 When did you realize that the game wasnâ€™t going in your favour?
Carter: When Penner went home. When I lost that immunity challenge to Abi, I thought we were fine, I thought we were going to send home Denise. And then Penner and I talked to Lisa at the well and Lisa looked at us and shook her head and said, â€œIâ€™m not with you guys.â€ Thatâ€™s really when I realized I was in trouble.

You said you got voted about because the tribe was playing with their heads, does that affect how you vote as a jury member.
Carter: Yeah, I donâ€™t know if anyone has ever voted in the history of Survivor without a bit of emotion in there. Whether we like it or not, we spend so much time with these people out there, so there isnâ€™t definitely going to be a tug in your heart, I donâ€™t think anyone should make a decision without anything coming from your heart. Thatâ€™s where this game gets tricky, because the social part of the game is huge and you know, who do you want to have a million dollars? Thatâ€™s a big decision to make.