Survivor and Amazing Race: Our turn? 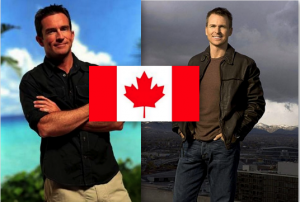 By now you’ve probably heard that Canada is getting their own versions of Top Chef and Wipeout. Which is great and I hope Canadians have a great time being on them.

But I have the question I always have to ask: Where the hell is our versions of Survivor and The Amazing Race.

I know, I know you’ve heard people complaining about it for years. But just yesterday Global and CTV released their annual ratings and both shows ranked very highly in the Top 10 Most watched shows in all of Canada. Actually, Survivor was #1. That’s right, in it’s twentieth season, Survivor still ranks as the highest rated show in our country!

So explain to me again how do you we not deserve own editions of these shows yet?

And it’s not like I haven’t thought this out. Obviously the costs of these shows would be exponential. So why don’t we just tag along on the american shows? As soon as Jeff Probst and Phil Keoghan, why don’t we swoop in with our Beaver Tails and Molson Canadians and start filming before they have a chance to pack up and leave?We could even run along the americans in the Amazing Race.  Hell most of us are bilingual, we’d probably end up passing them!  Plus, I’m sure Mark Burnett and Bert Van Munster wouldn’t mind the extra dough!

It is is obviously a huge risk, but one that pretty much has guaranteed results: If the ratings are so high for the american editions, imagine the ratings if we are given the chance to cheer for our family members, co-workers or fabulous gay friends!

Bring The Amazing Race and Survivor to Canada, we’ve earned our shot!