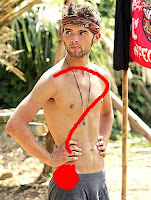 There are approximately four people on this earth that will proudly admit to still watching and LOVING Survivor.

I am one of those people.

That is why i’m soooooo excited to find out that a third All-Star Season is in the works for the Winter 2010 season. Unfortunately I have the memory of an elephant with alzheimers, so I hardly remember any of the rumored cast members. But it doesn’t matter, I freaking love the show and still think it is one of the great social experiments on TV.

According to the ironically called Survivor sucks, the list of rumored cast members is at 23. Some are suspicious since they already appeared in other all-star seasons.

Check out the list and tell me what you think? Who do you think is missing (todd from China!)? Anyone you are excited to see? And can just give a special shout out to Sugar, since I’m apparantly the only one that thought she deserved to win it all! Sugar! Sugar! Sugar!

If this list is any sort of accurate, it looks like they are setting up a Winners vs. Losers! We both know what team i would be on.