Sun TV gets a little cloudy 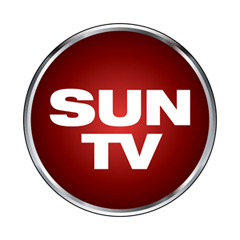 Even though the network is only a few weeks old, it’s already being dropped from the major distributor Bell Satellite.Â  And no, it’s not for the reasons you might think.Â  While the ratings for Sun TV have been less than awesome, hint: sometimes I have more twitter followers than they have viewers, it seems like Sun TV and Bell are already having a disagreement that has seen the network drop off anyone that subscribes to Bell cable services.

The argument seems to be over fees and Sun TV is crying fowl, saying that “thousands of fans” have already emailed complaining about the loss of service?Â  Thousands of fans?Â  Since some shows barely reach 3,000 viewers, I’m fairly certain that it’s not thousands.Â Â Â  No word yet on when Bell subscribers will get their “Fox News North” back, but I’m not too sure anyone really cares all that much.