Weâ€™re so close to it officially being summer, you can almost taste it.Â  One of my favourite parts about the warmer weather is the ability to hop on my bike and go exploring and this summer, my friends at Opus Bikes are making sure that I ride around in style. For the next couple of months, my main form of transportation will be the uber-stylish Urabanista bike and I couldnâ€™t be more excited.

But what good is a stylish bike if you have no where to go?Â  Luckily, that’s not a problem in Calgary, where practically every weekend is packed with fantastic festivals that make the best of our awesome summer weather and expanding bike pathways

Combining my love of biking and festivals, hereâ€™s a list of Calgaryâ€™s most bike-friendly festivals! 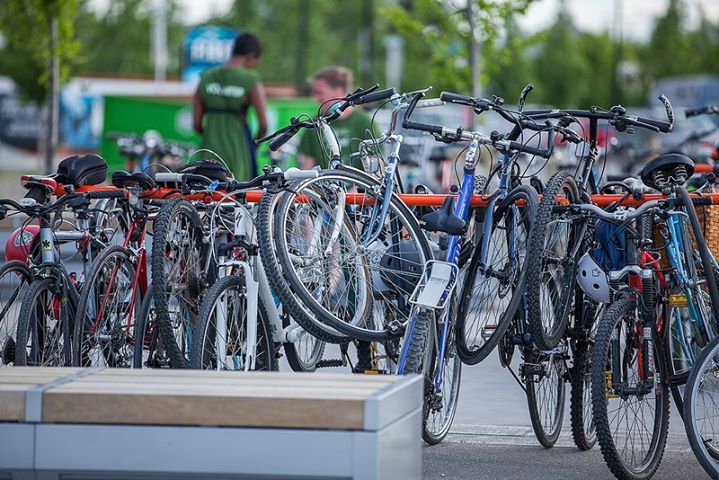 Sled Island (June 19th-June 22nd)
And with good reason!
With dozens of venues all over the city, biking might be the only way to catch all the things going on over the 4-day long festival. This music/art/film fest loves bikes so much, they have a whole section dedicated to them on their website (Green Island.) This yearâ€™s festival provide itâ€™s attendees with a free bike valet service with secure parking at the East Village Block Party and Olympic Plaza Main Stage. Â The other venues around the city will feature large areas for people to lock up their bikes. Â In anticipation of this yearâ€™s Sled Island, the city of Calgary has already installed more than 100 secure bike stands.Â Â  On the Sunday, there will also be a bike scavenger hunt! 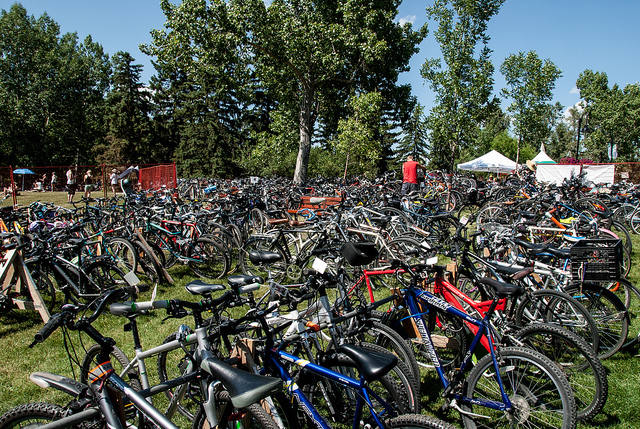 Calgary Folk Music Festival (July 25th-Julye 28th)
The four day festival has situated itself in perhaps the most bike friendly location in the city: Prince’s Island Park.Â  If the pathways are the arteries of the city, than Prince’s Island Park is the heart pumping out active people all over Calgary. All roads lead to the Calgary Folk Music Festival.Â  One of the reasons the CFMF is so bike friendly is its huge bike lock up area, which is directly beside the festival’s main gates. This helps for when you’re running behind and don’t want to miss your favourite band, or when the festival is done for the day, it aids in a speedy getaway to avoid the groggy crowds. 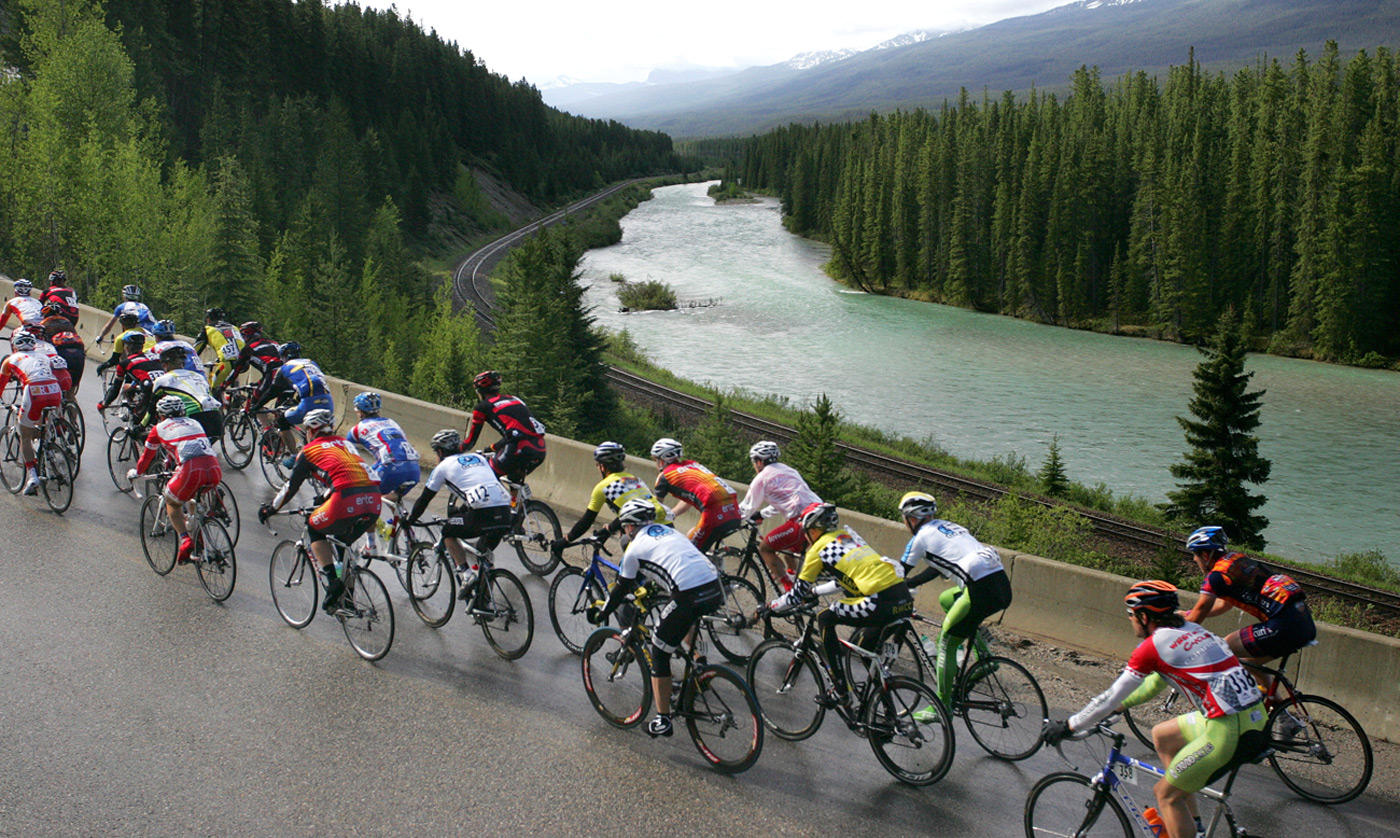 Banff National Park Bike FestÂ  (June 13th to 16th, 2013)
(Okay, this one isn’t technically in Calgary, but let’s be honest, it’s only a matter of time before Banff becomes a Calgary suburb.)
This festival is mostly for those who like to go really, really fast on their bikes. For the rest of us, Bike Fest features a ton of activities in and around the city, including a Farmers’ Market, a family friendly ride, entertainment and a parade of source.Â  If that racing thing appeals to you, then I hope you’ve been training. Bike Fest challenges riders withÂ  five race stages over days four days with a $21,000 prize purse.Â Â  That would buy you a pretty nice bell. 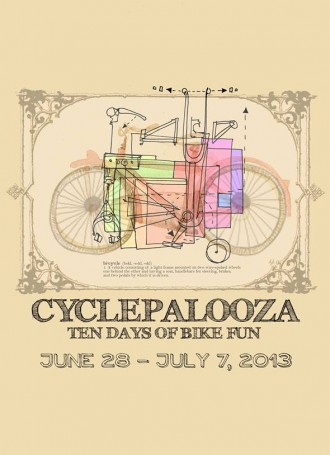 Cyclepalooza 2013 (June 28th to July 7th)
Over 10 days, enthusiastic riders and their bikes will hope to take over the streets of Calgary and beyond for the 2nd annual Cyclepalooza.Â  This year’s festivals will feature night rides, tours, maintenance courses, skills competitions and photo contests. 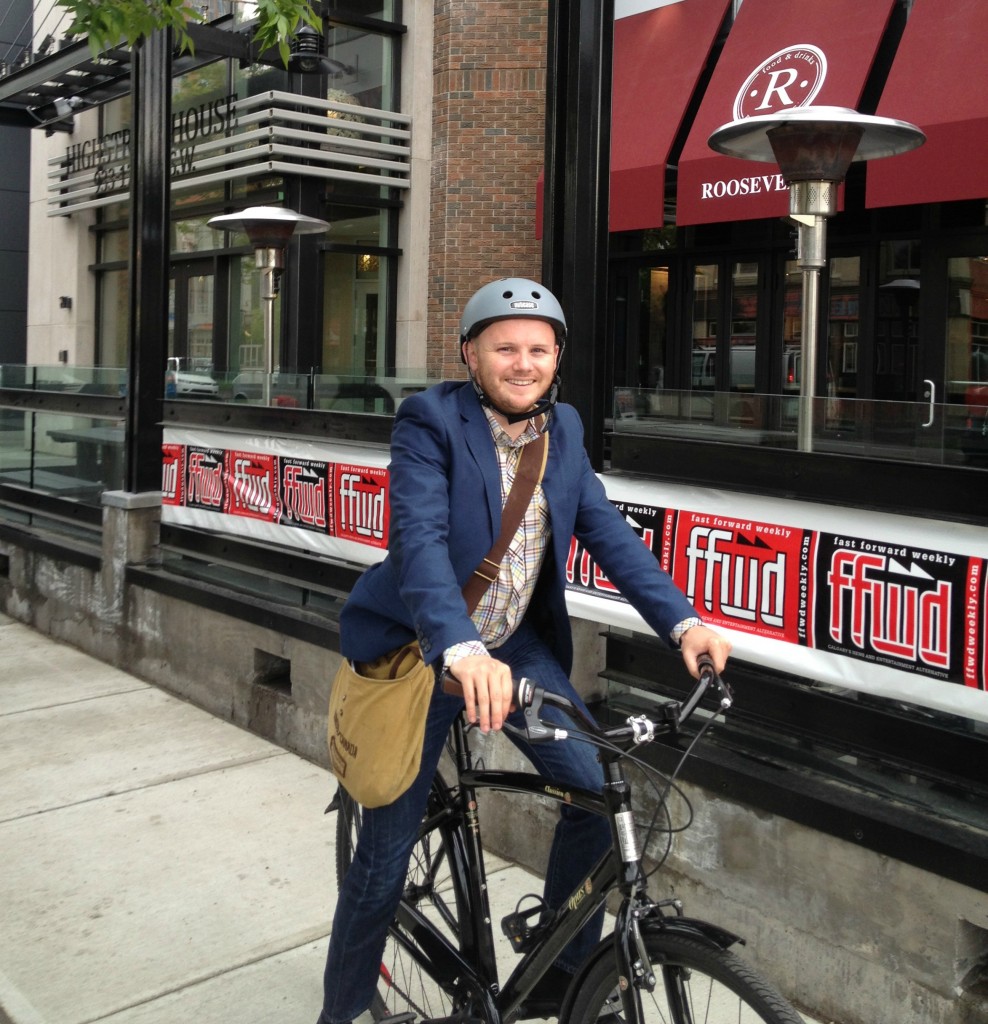 It’s going to be such a great summer!Â  If you want to check out an Opus Bike in person, stop me on the road (like by tapping me on the shoulder, not with a car) or you can go to: