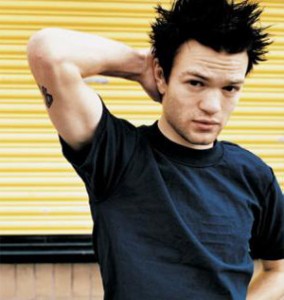 It hasn’t exactly been a banner year for Sum 41’s Deryck Whibley.

First he split from his wife Avril Lavign and then she ended up with walking STD Brody Jenner.Â  Then this past week, while in Japan, Whibly was attacked byÂ  people a bar.Â  His injuries were so bad that he had to be taken to the hospital! Â  Some of his injuries included a slipped disc in his back.Â  Apparently his hair remained un-touched.

News broke of the attack after the band took to their Publicist-Killer known as twitter and tweeted “Deryck Whibley was attacked in a bar last night by 3 unknown people. He is in the hospital now. Japanese police are looking into the matter.”

The band’s latest tweet says that despite his injuries, Whibly will be performing at the Japenese music festival Summersonic.

Oh and feel to comment if you are like me and shocked that Sum 41 is still performing, let alone in Japan!