Suck on that books! 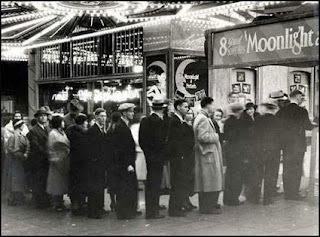 In a recent survey (conducted by Angus Reid Strategies), it was discovered that almost 60% of Canadians said the economy has not affected this entertainment this year, people just seem to be cutting back elsewhere and aren’t willing to part with movies like Harry Potter. Because their choice of entertainment seems to be primarily movies and DVDs! In case you are wondering, reading Mike’s Bloggity Blog came in at a strong #1384, tied with trying to chew your own toe-nails. Solid effort.
In the survey there were some interesting numbers:
This survey had some pretty cool stats attached to it, I was mostly impressed with the fact that Canadians are slowly catching on to some of the solid reward programs out there. Seriously if you sneak in a pop, share a popcorn, use your scene card for a free movie, the whole night is cheaper than you might think. Especially if you make your date pay, but use your card!