Still playing Chris Brown? Listen to this instead! 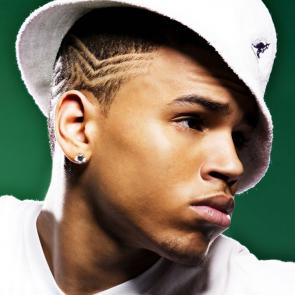 While I was listening to Amp 90.3 yesterday, I heard the weirdest and most upsetting thing: Â Chris Brown.

Ever since the “incident” several years ago, many radio stations have completely taken Chris Brown off of their playlists all together, which is obviously the right thing to do. Â In a world where the justice system is a little messed up, the best way to protest someone and their despicable actions is by not playing them at all.

So I was confused when during the Buzz and Blake Morning Show I heard them playing Chris Brown’s “Run It.” Â Obviously, this would be more acceptable if there were only 12 songs in the entire world, but we know that that is not the case. There are hundreds of thousands of songs Amp can add to their playlists before having to reach into the pit of despair that is Chris Brown.

And actually Amp may be the only one. Â After a quick search of some of the country’s biggest radio stations, I couldn’t find a single station in Vancouver, Toronto or Calgary Â playing Chris Brown.

So it came to me that maybe Amp doesn’t know what other songs they could be playing, luckily I’m happy to offer some suggestions.

The Dudes-Pretty Lies. Â The killer Calgary rock band has been waiting in the shadows for waaaaay to long. Â Why not support a local band while fulfilling your CRTC regulations?

Michael Franti & Spearhead – Say Hey (I Love You): Admittedly, Michael Franti is not my thing, but I get that he is huge here in Canada, especially here in Calgary. Â Since Amp 90.3 is such a new radio station, they might benefit from the increased exposure by being the only station in the city plays Franti.

Bran Van 3000- Drinking in LA.Â This one is a little selfish, but I love this song more than any other song ever in the world. Â I often lay in bed wondering what is Todd’s favourite cheese. Â So this is my desperate plea to hear this song more often. Â And can someone please answer once and for all what if that is indeed Bill Welychka’s voice as the radio announcer!