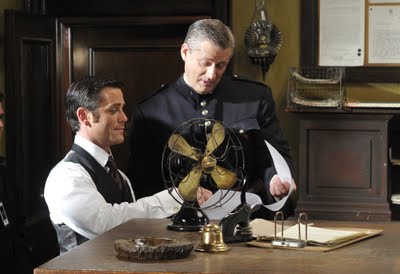 So this maybe the most random piece of news you might read today.

Stephen Harper will have a cameo in an upcoming episode of Murdoch Mysteries!  Even more shocking, the PM says that the mystery series is his favourite show!

According to a CBC story, Harper will play Sgt. Armstrong who has a funny encounter with then prime minister Wilfred Laurier.  This is where I should probably explain that Murdoch Mysteries is set in the 19th Century.   Think: CSI without electricity.

The quick scene was actually shot back in October of last year and the episode will air next Wednesday, July 20th on Citytv.

Now, how can we get Harper to do a number on So You Think You Dance Canada?