Stampede Party Round Up!

You know how there is that weird time of year when Starbucks has both Halloween and Christmas items and when all say, “Wow, isn’t Christmas coming sooner and sooner every year?”  Well, for me, Stampede seems to be like that.  Every year, no matter what is going on, I seem to find myself celebrating the Greatest Outdoor Show on Earth, closer and closer to June.

Stampede doesn’t even start until Friday and I’ve already been to five different parties. I’m not bragging, nor am I complaining, it’s a good problem to have.

Take for example tonight, the evening started off at the Field Law, where the featured artist was none other than Jim Cuddy. Yes, that Jim Cuddy.  Wearing cowboy clothes, trying out my new hat and listening to the lead singer of Blue Rodeo, is pretty much as Stampede as you can get! 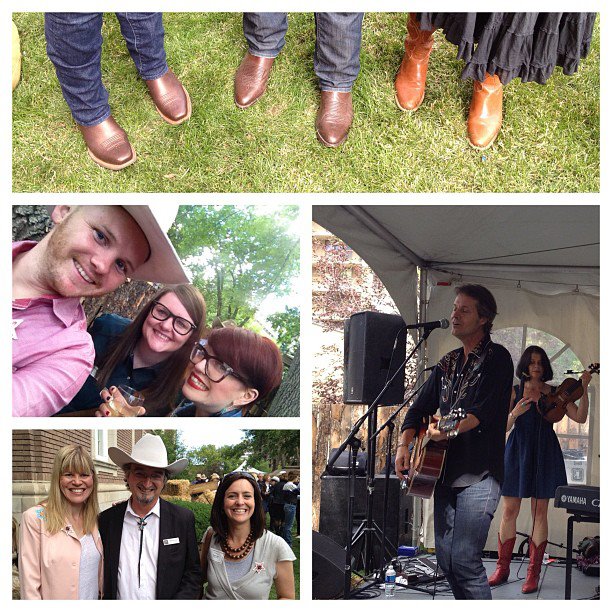 After that, I hoped on my bike and headed to the Harry Rosen party, where I just missed out on the sweet black hats, but was later given one by an amazing person by the name of Danielle. While I’m profoundly proud of my White Hat, it never hurts to have a black one too! 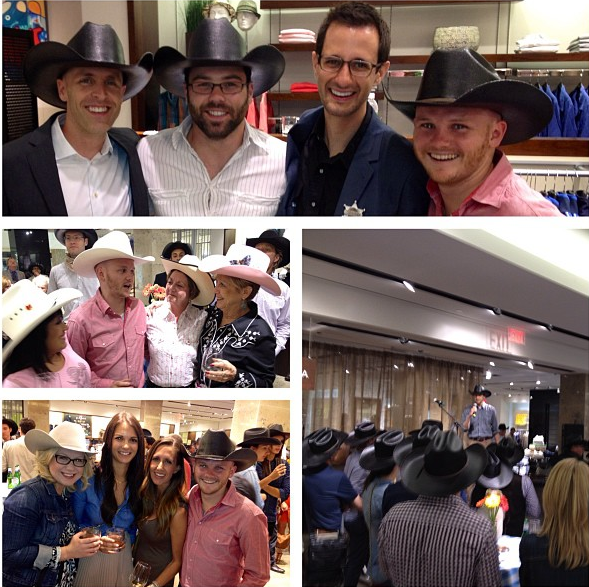 So excited for the 100th Stampede, I think it’s going to be a great time!