Spock Days: To Vulcan and beyond!

I can probably count on one hand how many episodes of Star Trek I’ve seen. So, knowing what I know about human anatomy, I’ve seen five or less episodes of Star Trek. I guess that doesn’t make me a Trekkie, but that hasn’t stopped me from following the cultural phenomenon. Whether it’s the recent series of movies or the pandemonium at the Calgary Expos any time someone from the series show up to sign a few thousand autographs, the power of the Star Trek franchise is really unbelievable.

Especially for the town of Vulcan, Alberta. An hour away Â from the Â big city lights of Calgary lies this tiny town, which for the past two decades or so, as made the most of it’s coincidental name it shares with Spock’s home planet. The town, which is actually named after the Roman God of Fire is now a year-round haven for those who love the series and it’s decades worth of adventures.

With the copyrightÂ blessing of CBS, the town has all but become Star Trek: The Town. Â From street names, to countless murals, the Star Trekâ€“themed tourist bureauÂ and its growing Walk of Fame, this really small town’s ambition is sort of infectious. All of it culminates at their annual Spock Days festival, which takes places over three days every June. Â  I had actually been to Vulcan before, but never for Spock Days…until this weekend! 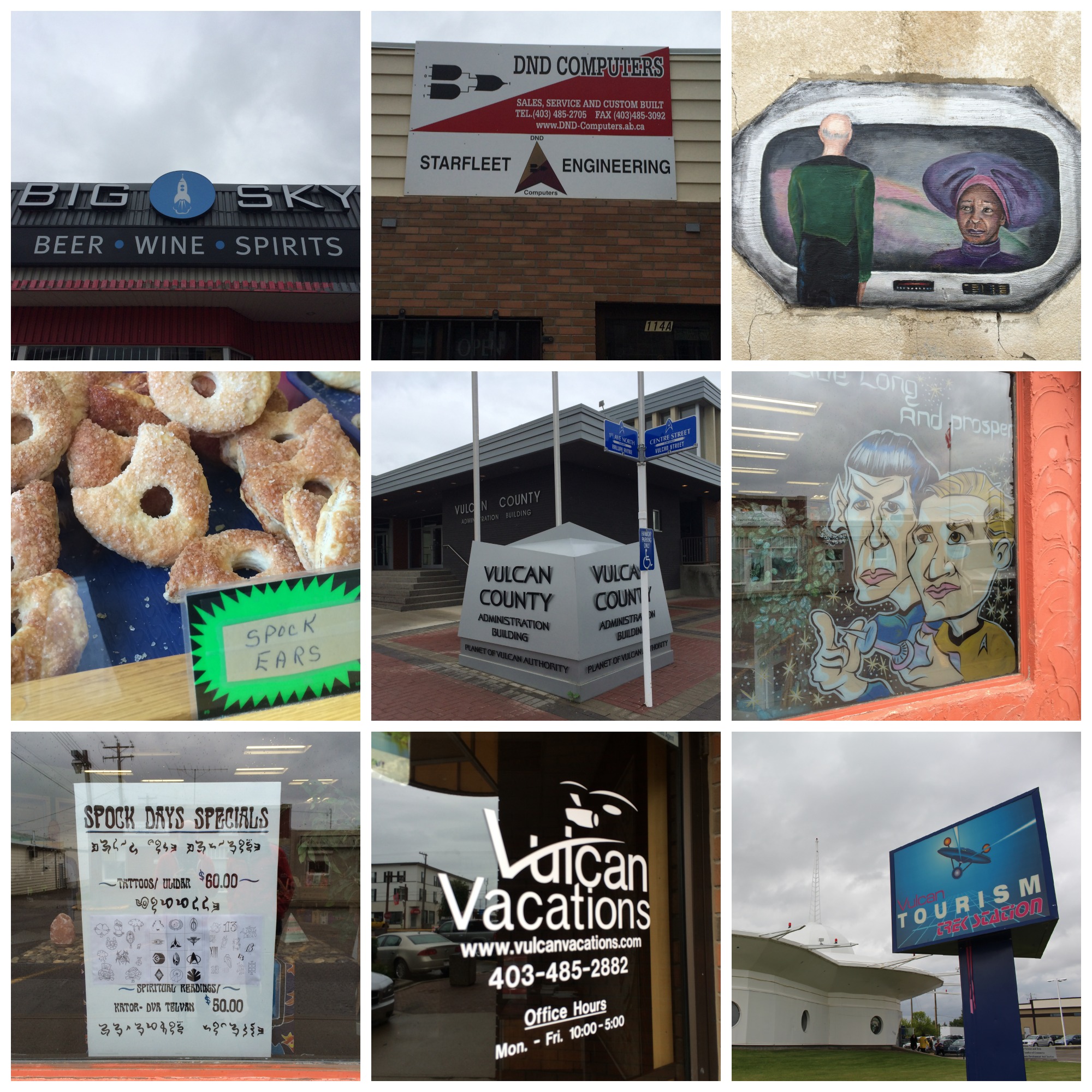 I’m not sure how much the town actually loves Star Trek, at least not as much as their tourism strategy would imply. I mean, I don’t think they’re showing it in schools and teaching it. Â They know it’s a show, they know it’s all in fun and they wonderfully embrace it. Â I talked to a few residents and they said they said that they had seen a few episodes here and there. But, that hasn’t stopped them from embracing the name and really working hard to give people a reason to turn off of the highway and stop by the town. Â If it wasn’t for Â Star Trek, I’m not sure a town like Vulcan could survive . But they do and they are and it’s such a hoot.

In some ways, Spock Days isn’t that much different than any other small town festival. It features a small parade, Â a dance party, a ball tournament, dunk tanks, a barbecue and beer gardens. But where Spock Days isn’t different is they actually bring Star Trek alumni to town to help kick off the celebrations.Â This year’s Spock Days featured Â Chase Masterson, Nana Visitor and Rene Auberjonois, all starred in Star Trek: Deep Space Nine, which ran from 1993-1999. Â In years past, the festival has brought cast members from all the Star Trek variations, including most famously Spock himself,Â Leonard Nimoy. Â After the parade, the celebs stick around for a few Q+As, autographs and photo sessions. 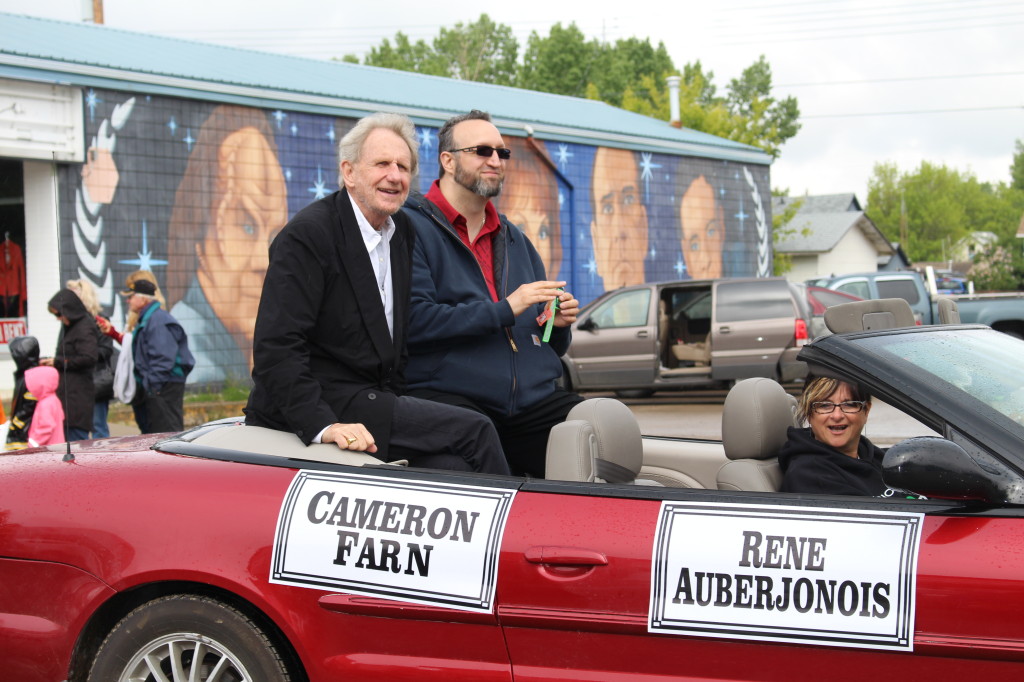 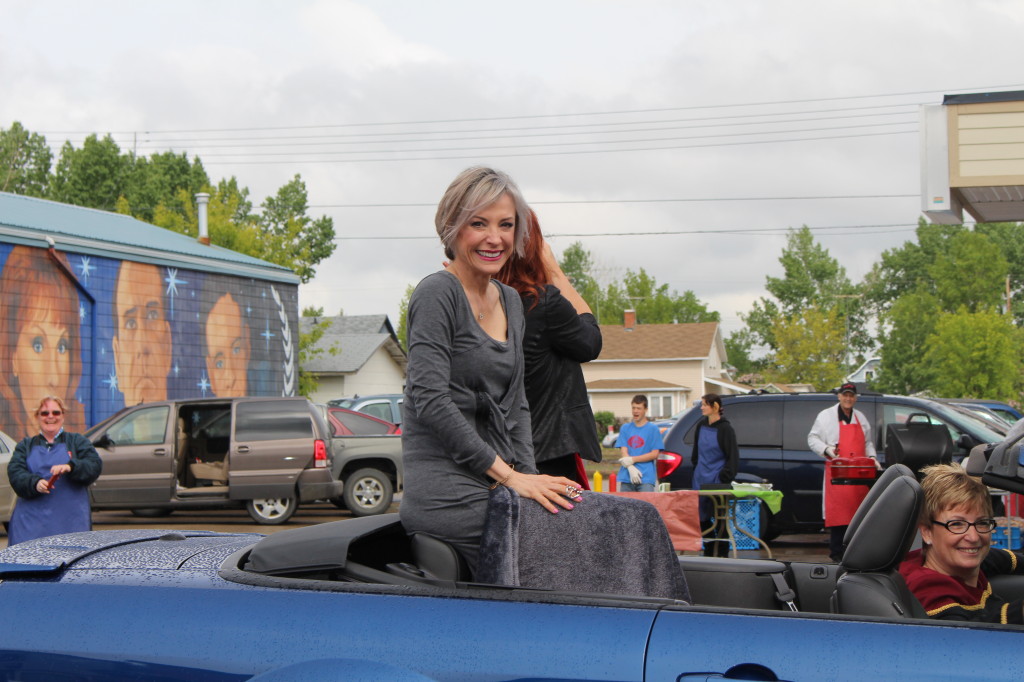 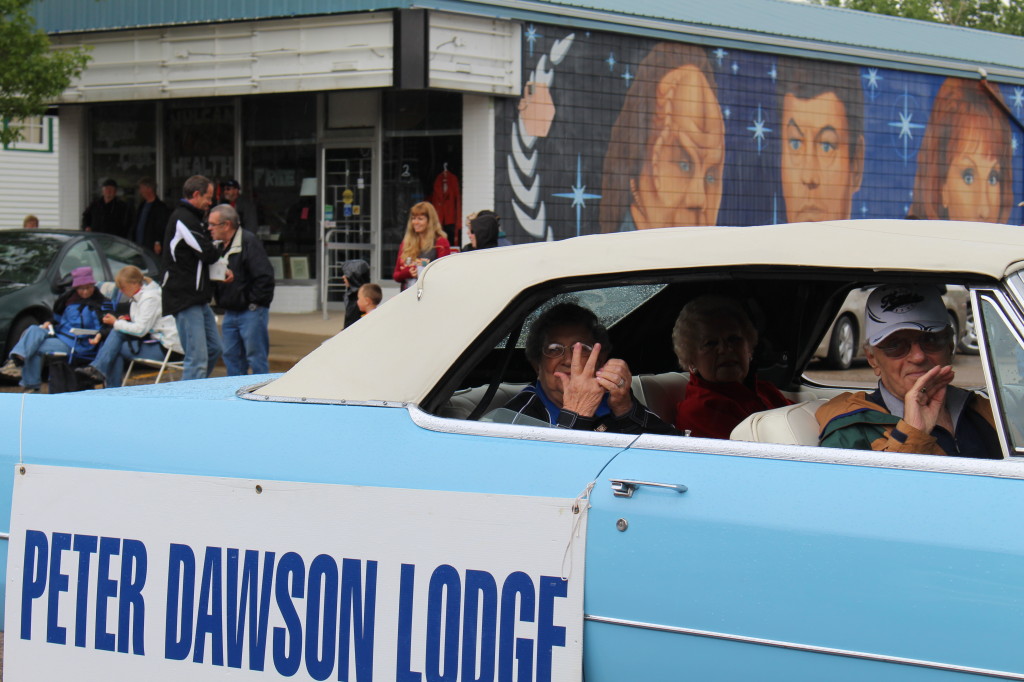 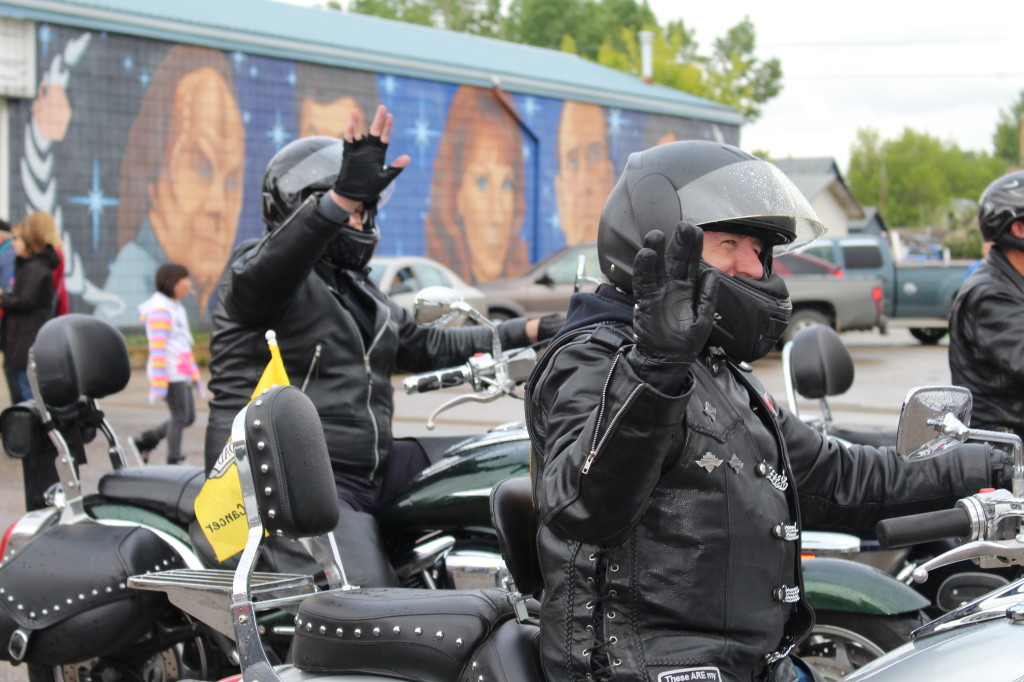 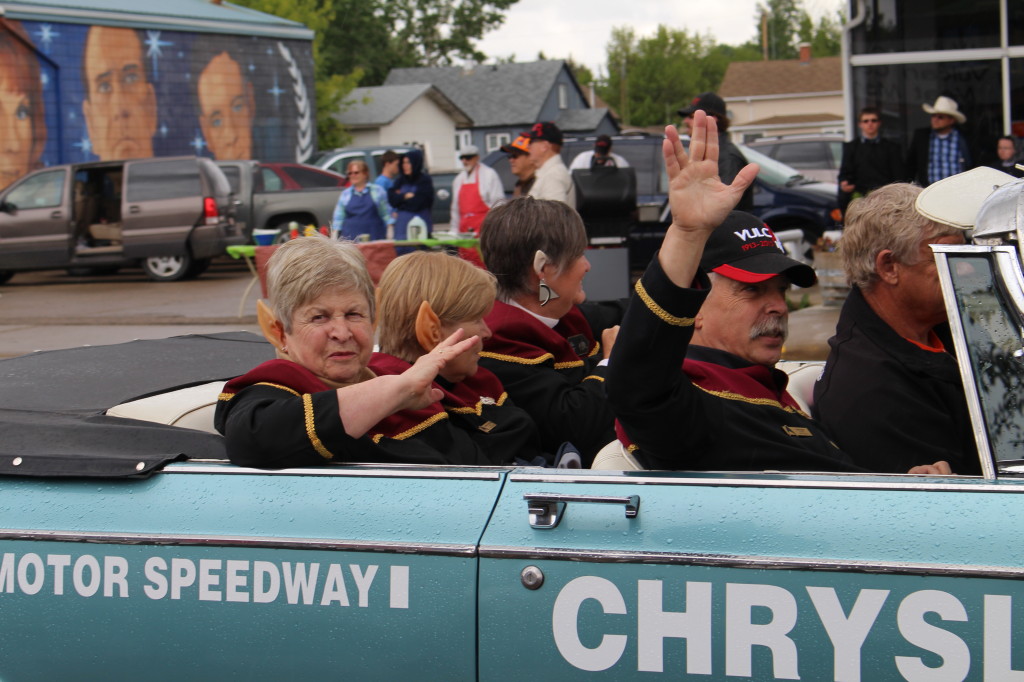 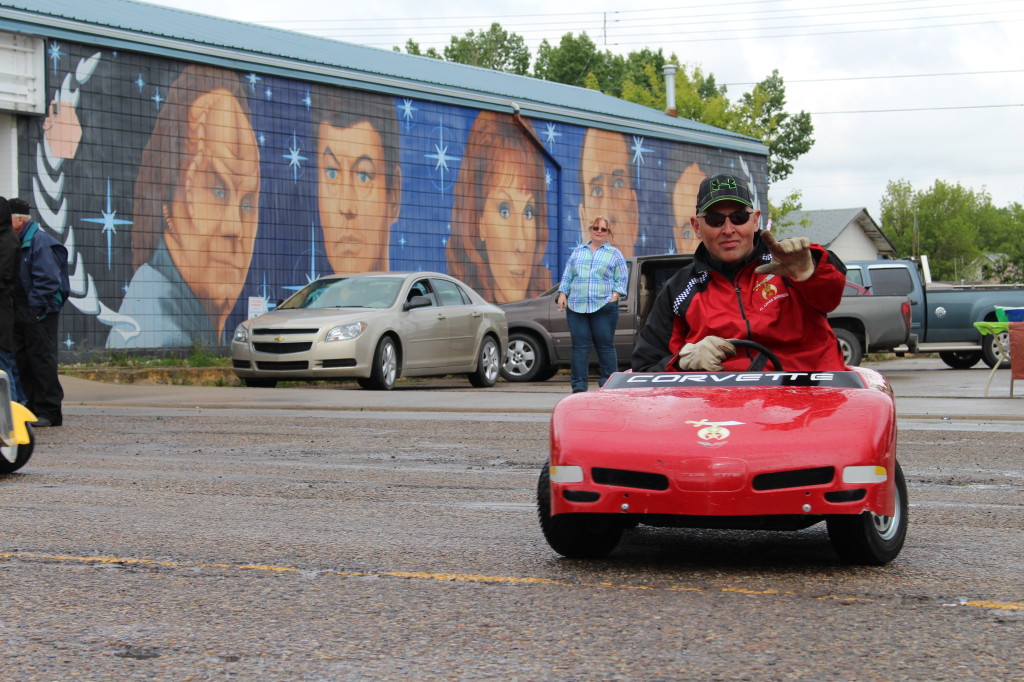 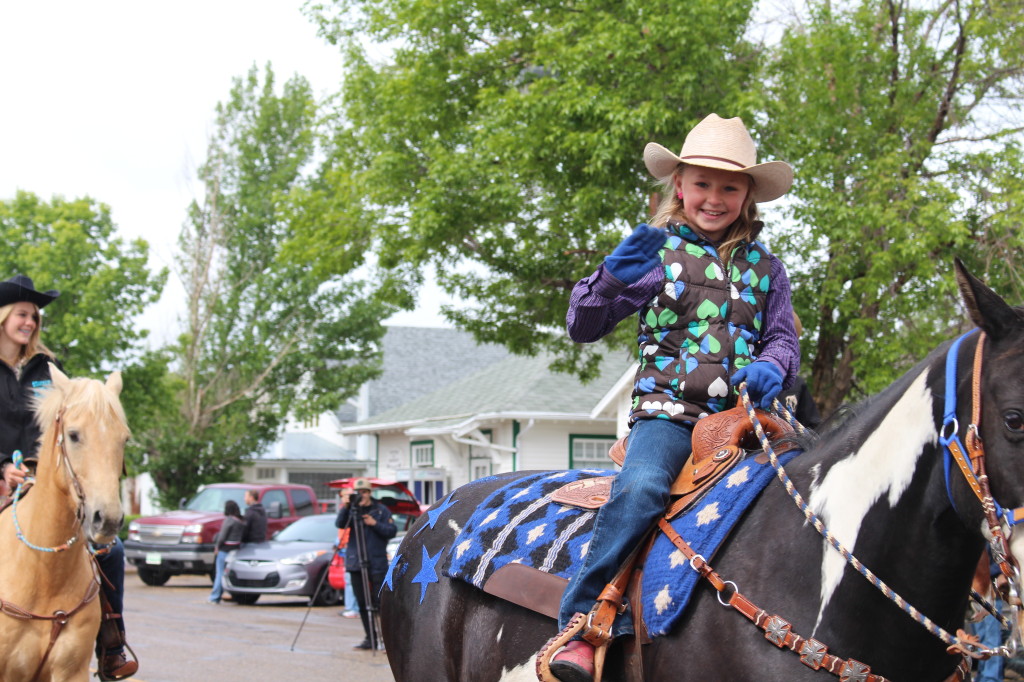 In between the sessions, we used the time to walk up and down the town’s main drag and found one little shop after another, all with some sort of tribute to Star Trek. It was so great to see almost every business get behind the town Star Trek theme in one way or another. Perhaps the most prominent celebration of the series isÂ the relatively new Trekcetera museum, which features a slew of swag and set pieces from movies filmed in and around Alberta, as well as, a pretty elaborate collection of Star Trek memorabilia, including a ton of costumes from Deep Space Nine. Â Most randomly, the museum also features artifactsÂ from real life such as the U.S. 7th Cavalry and R.M.S. Olympic – Titanic’s twin sister ship. Admission to the museum is $12 and comes with a pretty detailed tour of the museum’s costumed (I think) curator. He was the curator, I don’t know if he was costumed or not. It’s Spock Days, so it was hard to tell. 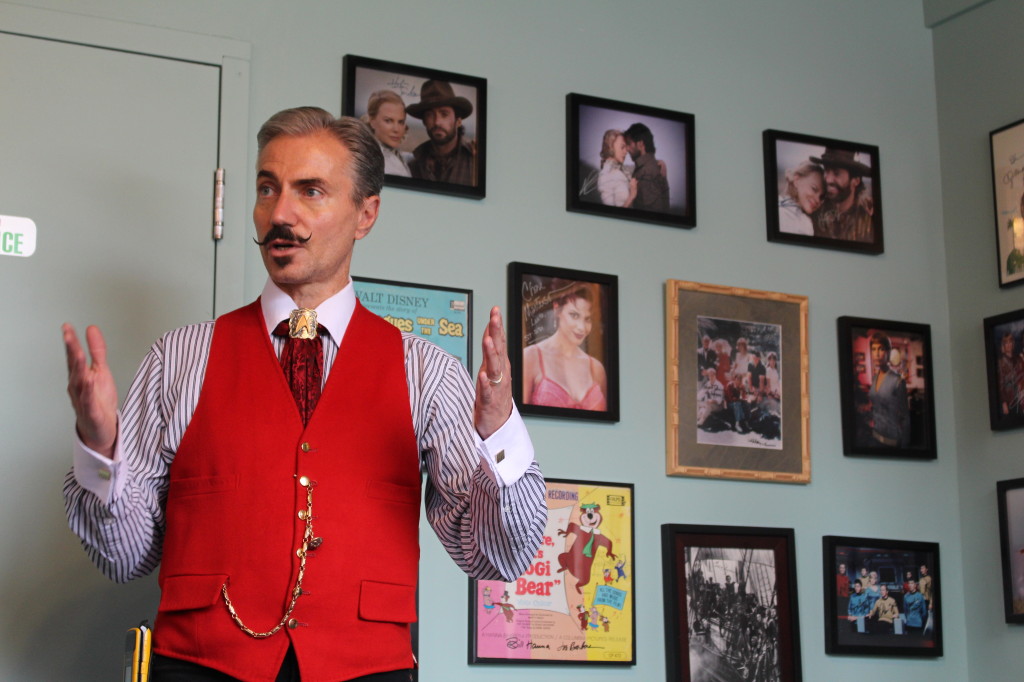 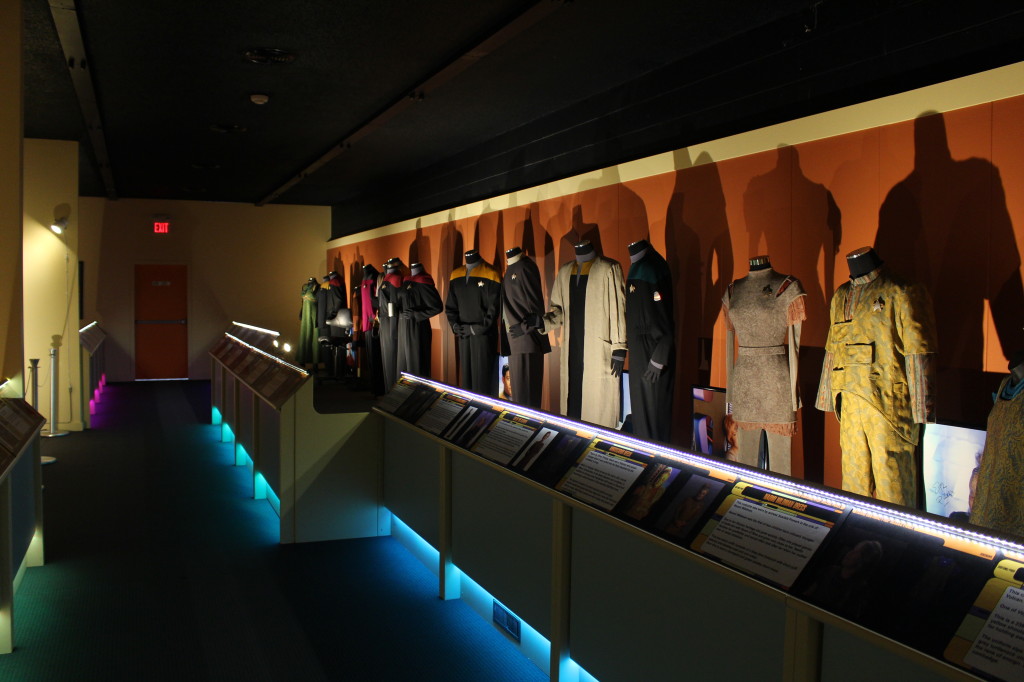 Overall, If you’ve been to Calgary Expo and were expecting something similar in the small town of 2,000, you’d probably be disappointed with the scope of Spock days. But then again, I think you’d be crazy to expect something close. Â While it wasn’t perfectly organized, I really loved the charm of the whole event. Â During the parade, floats featuring residents of seniors home attempted the whole time to go the famous Vulcan salute. You can’t buy how cute that was. Â It was fantastic. 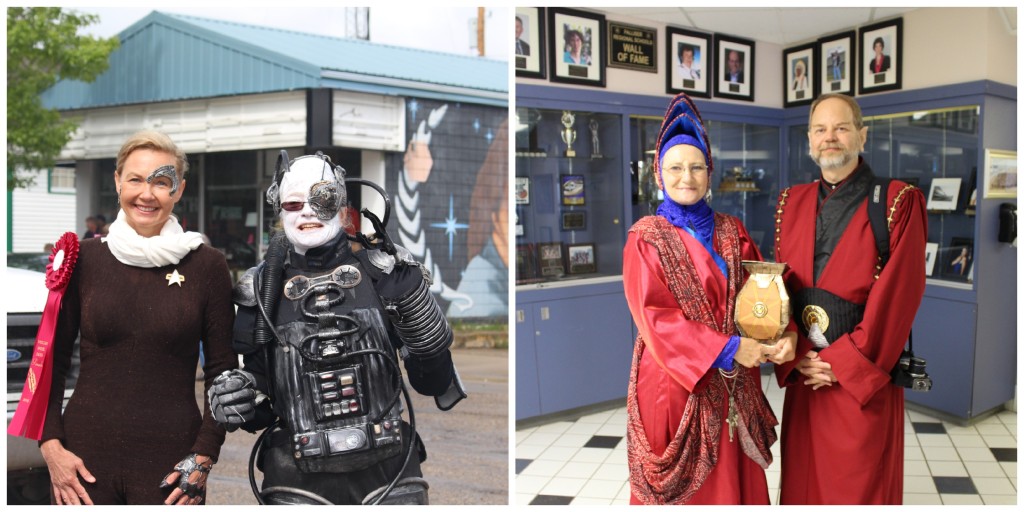 I’m probably the furthest thing from a Trekkie, but I had an absolute blast and even surprised myself by how much I got behind it. The day before, I found the coolest Spock socks here in Calgary and almost every store sells Spoke ears. The whole day was honestly, such a blast, I can’t imagine why we wouldn’t go back next year. The town of Vulcan is only an hour away from Calgary, but its spirit and charm reach out to the stars. 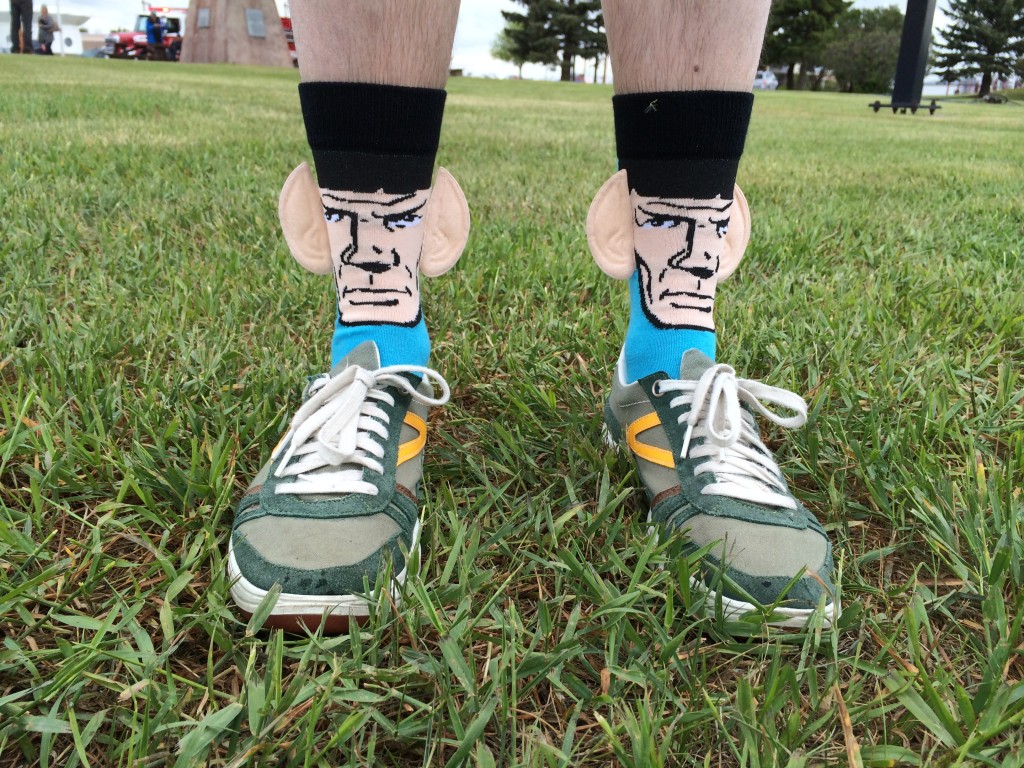 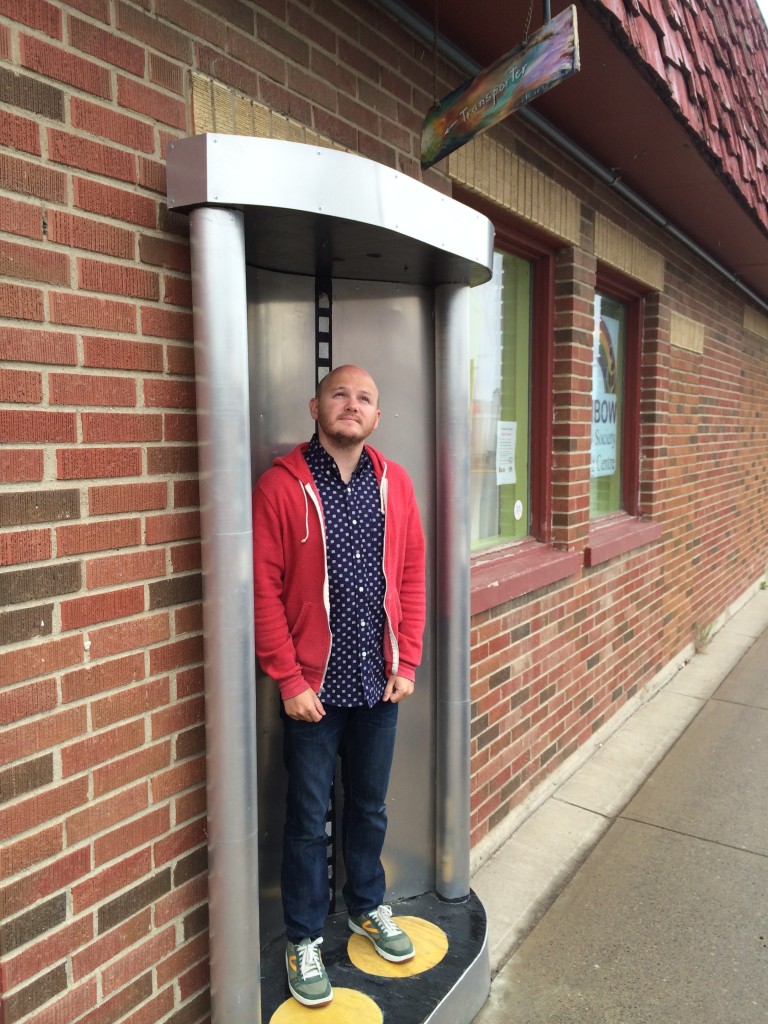