Something not Juno related! 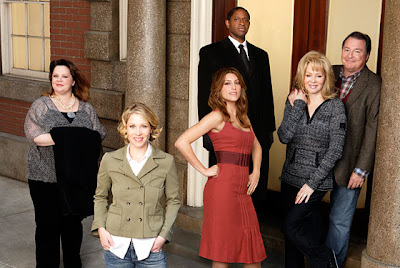 The Juno’s are finally done. In all the chaos and hob-knobbing I almost completely forgot to remind you all of some pretty amazing news!

Oh come on you remember this show. It debuted last fall. It start Christina Applegate. It aired 9 episodes before the writers strike. It was on after Dancing With the Stars….ahhhh there we go!

It’s it short time on the air Samantha Who become the #1 new sitcom of the 2007-2008 season. And while I know that isn’t saying much (hello Cavemen, Carpoolers), in that short time it also became one of my favourite shows. The show is cast perfectly (Jean Smart, Jennifer Esposito, Melissa McCarthy, Barry Watson) and the jokes are both biting, fresh and hilarious. It’s a great show about redemption in a cocktail dress.

New episodes will be on until about mid-May. Catch them now. Honestly, you will not regret it!