So You Think You Can Dance Canada canceled! 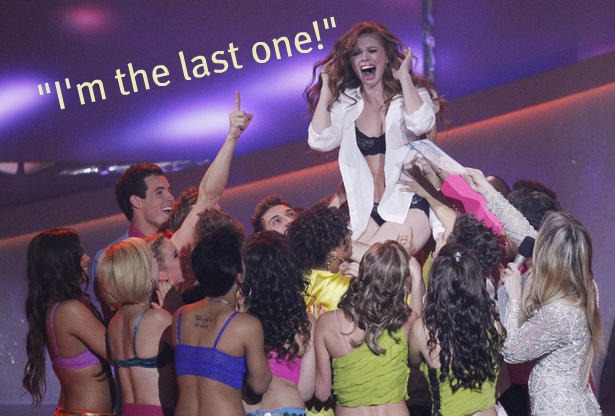 Wow!Â  I did not see this coming, especially just a few days after the finale, but CTV has just announced that its dance competition show So You Think You Can Dance Canada has been canceled!

In an interview with The Toronto Star , Scott Henderson, vice-president of communications for Bell Media said, â€œI can confirm that So You Think You Can Dance Canada has not been renewed for a fifth season,â€

But aspiring dancers, don’t go all Black Swan on me just yet, Canada’s Got Talent is currently auditioning across the country, so there’s still a chance for you to become a reality TV star, no matter how fleeting.

CTV is on a cutting spree as of late, SYTYCDC is the third Canadian series to be canceled in the past few days.Â  The dancing show now joins Hiccups and Dan For Mayor on the cutting room floor.

Correct me if I’m wrong, but this leaves the network with Flashpoint, as its lone canuck-produced show. Which only leaves one clear option: THE AMAZING RACE CANADA!!!!!!!

ctv, so you think you can dance canada