So many questions about Roch Voisine! 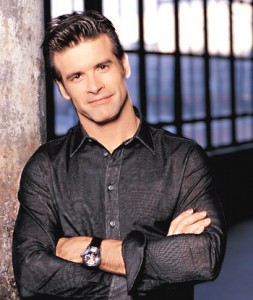 Yah, yah, yah.Â  It was another great week for Taylor Swift record sales.Â  What a surprise.Â  It’s kinda like saying “Have you heard that new Rihanna single?”Â  It’s old news.

Perhaps the cool tidbit of info coming out of this week’s Canadian album charts is that Roch Voisine is back in the game.Â  Oh come on, you remember Roch Voisine?Â  No?Â  Is it really just me that remembers?Â  Yikes.Â  That’s probably not a good sign.

Either way, the New Brunswick native released a new album called Americana about a month ago and and it’s still hanging in there at the number eight spot! Why does that make feel so giddy?Â  Also why wasn’t Voisine ever featured on Canadian Idol?Â  He’s a Canadian icon.

Can somebody say Christmas gift for Bloggity?

Looking at the Canadian sales chart, its interesting to see a lot of random entries:Â  Sylvain Cossette (who?), MuchDance 2010 (really?) and Michael Buble (still?)