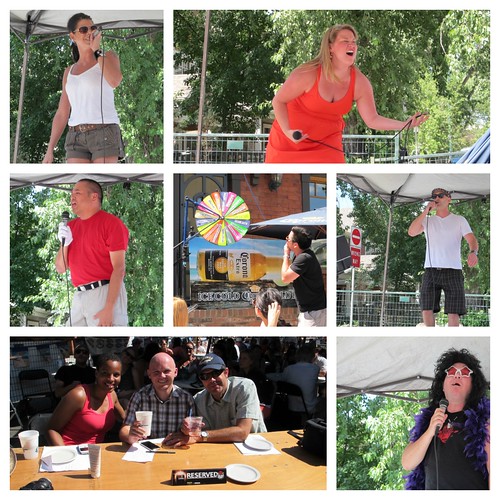 During Sunday’s Sun and Salsa fest, I was happy to enough to listen to twelve of this city’s top karaoke stars at the Kensington Pub, as they battled it out for an amazing prize of a trip to Vancouver to visit the Granville Island and Creemore breweries. Judging along side me was Marty from Creemore and, the always lovely, Cara Fullerton from Global TV.

To make the Karaoke Idol just a little more exciting, this wasn’t your regular karaoke competition, it was Karaoke Roulette! Which meant that those brave enough to sign up to sing, did so without knowing which song they would be forced to perform! It was all up to the wheel, which luckily, was stocked full of the best karaoke songs ever and the contestants did GREAT. My cheers were sore from smiling and cheering all day!

Just before the finalists were announced, I was inspired by my role as a judge and decided that I wanted to punish/thank the contestants for their hard work, so I decided to get up and sing. Unfortunately, they didn’t have my go to karaoke song, which is Robbie William’s “Rock DJ,” so I sung, maybe for the first time in my life, Paula Abdul’s “Straight Up.” It was horrifically bad, so I certainly could appreciate what the contests put themselves through.

It was extremely tough to pick the winner, but in the end, we all agreed that Jennifer Grenda killed it in the finals when we surprised her with Six-Mix-A Lot’s Baby Got Back! Which, hopefully, made everyone forget about my “performance.” 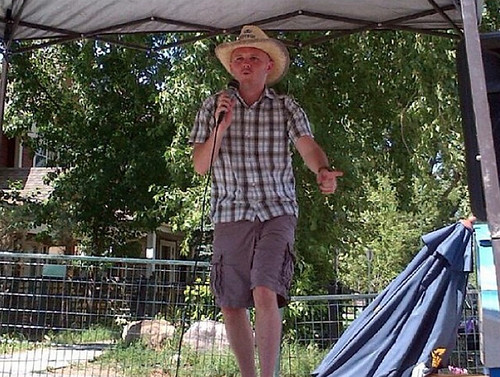