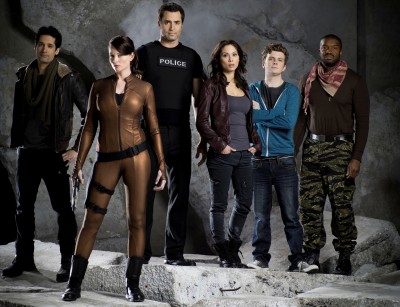 If you told me two years ago that Showcase was going to have two of the biggest shows on Canadian television, I would have told you to go buy me The Red Shoe Diaries on Laserdisc and leave me alone, but yup, after the debut of Continuum this past Sunday, Showcase is showing the bigger networks that they are the ones to watch!

Building on the already huge success of Lost Girl, the net’s new show Continuum debuted to MONSTER numbers on Sunday.Â  The premiere episode garnered a viewership of 900,000 eyeballs, becoming the highest single episode ever on Showcase.

Further more, the massive premiere was the highest ranked show of the night across all of Canadian commercial television.Â  What that means is that the cable network beat Citytv, Global and CTV,Â  which almost never happens. Â Continuum also claims the top spot as the #1 scripted specialty drama episode for this broadcast year across multiple demos.

This is such fantastic news for fans of Canadian television!