Should you be over the moon for CBC’s Over the... 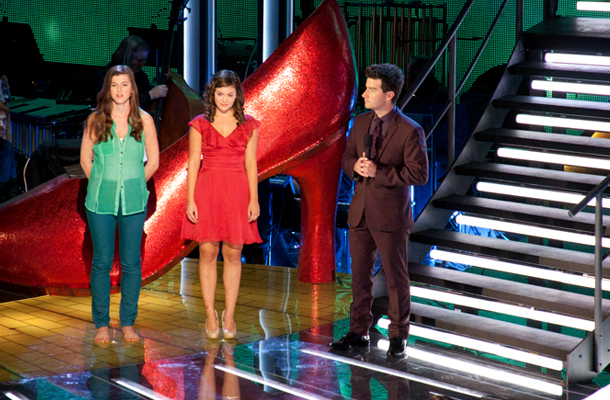 Yesterday, CBC launched its newest reality singing competition Over The Rainbow. Like “How Do You Solve A Problem Like Maria?” before it, OTR is on search for the next Dorothy, who’ll star in an upcoming production in Toronto, produced by the one and only Andrew Lloyd Webber.Let’s get the bad stuff out of the way first, because the show really is a lot of fun, but its first few episodes had a few bumps along the way.

First things first, the set caught fire! Too bad it wasn’t on live TV, but the fire was tweeted by a fast fingered 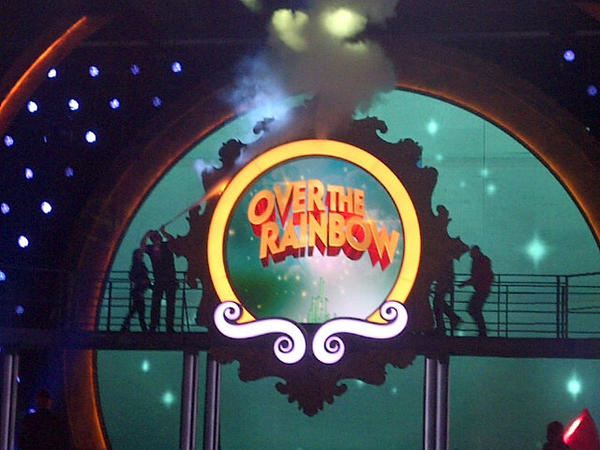 Secondly, the show uses silly fluff like a “crystal ball” that’s used to measure the online audiences’ opinion of the Dorothys, which would work if the whole country was watching the show live, but thanks to Sir Sandford Flemming, we are not. Plus, in the few times that I actually noticed the ball, all the Dorothys seemed to get around the same reaction.

Update: “According to a commenter below, The Crystal Ball is actually live in each timezone. It shows audience reaction across the country – the element is replaced in every broadcast.”

Casting the always cool Daryn Jones is definitely a great move for the show, especially going after the younger demographic that CBC yearns for, but even the long time host was left a couple of times with nothing to do or say. Things like Jones telling audiences to stick around after the commercial break, “because we won’t want to miss what’s coming up next.” For it only to be a recap of the show we just watched, seems like an unrehearsed cue. A recap is fine, but I don’t know if the tease fit the result. So far I’m a big fan of the format, but like the Tin Man, it just needs a little TLC.

Plus, what works for the show by far exceeds what doesn’t. The pace of the show will be what hopefully brings in huge numbers for Over The Rainbow in the weeks to come. Other shows like Idol or The Voice would stretch ten performances over two hours, but not Over The Rainbow. By essentially pairing up the contestants, the performances move fast, as do the judges’ critiques. The judges should also be given props for not trying to make the show about them. The panel is packed with industry elites, rather than c-list stars. Having Sir Andrew Lloyd Webber on the panel certainly adds a whack load of credibility.

It was also great to see the audition process fast-forward to last only one hour. If the show is really about talent, then show us the talent, which is exactly what the series did by introducing us to the season’s top in episode two.

Now, about that talent. I feel bad criticizing mostly teenagers, but the gap between those who could walk away with the title today and those is who will likely limp along until their inevitable elimination, is wider than the state of Kansas. After the show’s first live episode, I think I can already pick the shows top three, which I would base on performance, likeability, confidence and showmanship. The prize for the show is a starring role in a huge Andrew Lloyd Webber show, you have to be unbelievable, which only a few girls are. This being Canada, the judges will never really say anything too critical, I think we’ll have to hope that Webber steps up to the plate and gives honest criticisms.

Right now, my prediction for the final three are Danielle, Jennifer and AJ. Calgary’s Kelsey was sent down the Yellow Brick Road during the show’s first elimination episode on Monday night. To me, the Top 3 could walk on to the Toronto stage tomorrow night and captivate an audience with a standing ovation worthy performance of Dorothy.

It’s just the beginning of the season and as reality TV has taught us, anything can happen. Here’s to CBC for yet another hit singing competition that finally shows off some unbelievable homegrown talent!

CBC, over the rainbow