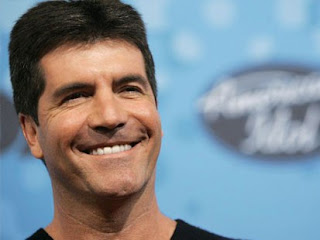 Simon Cowell officially announced today that this will be his last season of American Idol.
Bam!

Wow. Like Ray Charles at a boxing match, I did not see that one coming.

He is leaving to film his own show, called X Factor. It is pretty much the same show as American Idol, except that he owns it. Which means a ton of cash-o-la. The British version of X Factor has been responsible for creator such stars as Leona Lewis and……..what? Leona Lewis isn’t enough for you people!
Cowell’s announcement means that this season’s ratings are going to be through the roof! The show, which also airs on CTV, will be promoting Cowell’s departure like it was the end of the Mayan calender. I already sorta feel bad for whoever is going to win this season of American Idol, no one is going to remember them, as their win will no doubt be overshadowed by Simon’s departure.