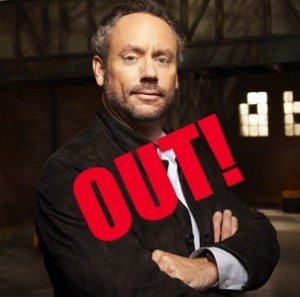 Well I had heard the rumors but now it is official!

CBC has just announced that Brett Wilson will not be on the next season of Dragon’s Den!

The network says that they are already searching for a new Dragon and are expected to make an announcement in the next few weeks.Â  I’m shocked that my phone hasn’t been ringing.

Brett will definitely be missed.Â  He was always sure to support businesses that had a philanthropic angle, so I hope that CBC will be able to find someone with as much heart.

Julie Bristow, executive director, Factual Entertainment at CBC Television made this statement: â€œWeâ€™d like to thank Brett for his many contributions to Dragonsâ€™ Den over the past three successful seasons and the positive influence heâ€™s had on Canadian entrepreneurs. Unfortunately, we were unable to reach an agreement on the terms of his contract. We wish him the best for all of his future endeavours.â€

All four other Dragons, Arlene Dickinson, Robert Herjavec, Kevin Oâ€™Leary and Jim Treliving are in place for next season.

This is will definitely shake things up, so it will be interesting to see who they bring on to replace Brett!Â  Seriously…why isn’t my phone ringing?