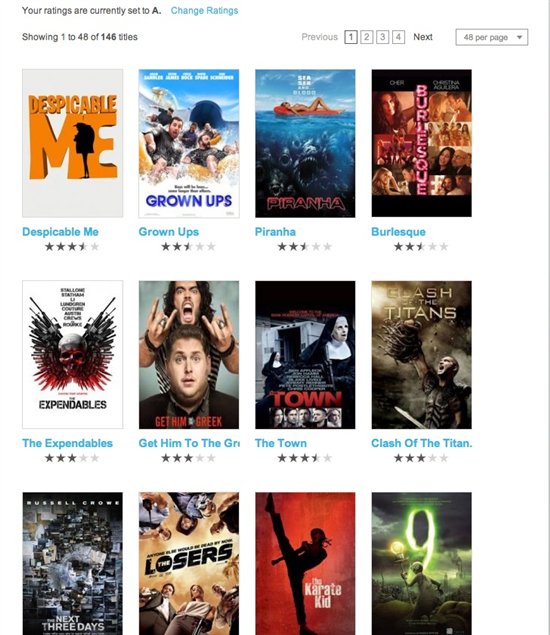 If the networks were worried about Netflix, it was only a matter of time before the networks did something about it.

It looks like Shaw has now staged its attack!

The media giant has just announced a new service called Shaw Movie Club and it seems like it’s going to be GOOD. It’s going to cost $12 a month. (If you want HD add another $5,) and I’m guessing it already has Netflix’s execs shaking in their boots.

While it’s a little pricier than Netflix, Shaw Movie Club does have one clear advantage: Modern selection.Â  A quick perusal shows seasons of True Blood, Game of Thrones and Dexter.Â  With newer movies like Adjustment Bureau, Hall Pass, True Grit and Just Go With It.

Netflix has has been struggling with bad word of mouth, because while their selection is HUGE, it’s not really impressive.Â  (That’s what she said.) Their choices are a lot older and typically forgettable.

Shaw Movie Club has begun rolling out in Calgary and Edmonton, and will only be available for Shaw customers.Â  You can watch it through your cable box or online with your computer.

It will be interesting to see what happens next.Â  Shaw has essentially called out Netflix and forced a move, it’s up to Netflix to decide what exactly that move will be!