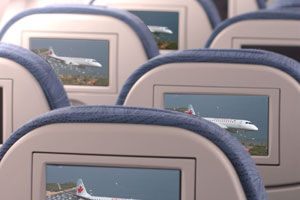 On last night’s flight back to Calgary from Vancouver, I got to thinking about Air Canada’s entertainment system. Â I’ve talked about it before, but before I went to bed, I needed to get some thoughts out about it. 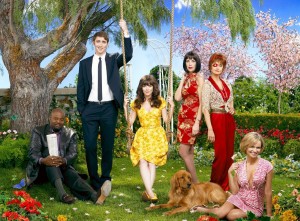 Why I love it: If you go to the TV section of the system, then hit the ‘next page’, there is a Classic TV button. Â You would think this was probably going to have a bunch of shows from the 50s, but actually it always has a random assortment of semi-modern shows. Â On tonight’s flight, there was an episode of Perfect Strangers, the first Wonder Woman, the pilot of Joey and the debut episode of Pushing Daisies. Until I watched it tonight, I had totally forgotten how amazing Daisies was. Â It was colourful, hilarious, mysterious and most of all original. Â Thanks to Glee and if it had debuted today, the show might have been able to avoid being cut short, but for now, seeing the pilot reminded me to finally pick up the show’s two seasons on BluRay. Â I only wish the flight had been longer so I could have watched that Perfect Strangers episode too. Â (Did you know Family Matters was a spin-off of PS? Â Harriet and Carl Winslow lived in the same apartment building as Larry and Balki!) 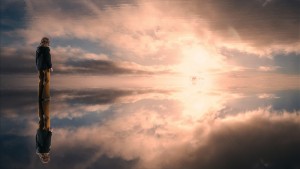 Why I hate it: There are certain movies that I always wanted to see in theatres, but I never got the chance. Â So I patiently wait for them to show up on Bluray, so I can enjoy them from the comfort of my own home. Â On Tuesday night’s flight there was both Shutter Island and The Lovely Bones. Â  So while I, myself, am not tempted to watch these blockbusters on a small screen, I can understand the other people around me might be. Â Them watching these movies, combined with me being the world’s biggest pop-culture masochist, usually results in me watching snippets of Â allthe movies all around me, mostly just enough to ruin the experience for when I have time to actually watch the movie myself. Â So while I’m glad we no longer all have to watch the same movies on one big screen, I sorta wish I could control what everyone else was watching, just so I don’t actually have to watch it.