Screw JB, listen to this! 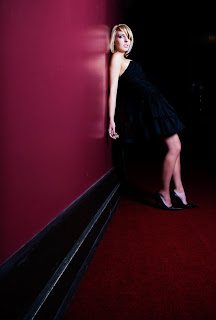 Sometimes when I’m really bored, poor or sober I like to go for runs. Correction: I don’t like to go for runs, but I have two legs and a heartbeat so I feel like I should do something with them. Because I have the attention span of a fruit fly, I always need music to listen to. It has to be up-tempo and and not be The New kids on the Block. Most of the time it is either Blake Lewis (don’t knock until you try it) or God Made Me Funky. They both make me want to run. Soon that run turns into a light jog which eventually turns into me calling a friend and asking them to pick me up and drive me home.

Anyway, stick with me, I do have a point. One of the lead singers of God Made Me Funky is a very lovely lady by the name of Lynzie Kent. Astute readers will remember that I met her back in April at the Junos. While wasting a sunny day inside, I discovered that she has just released her first debut CD and I wanted you to have a listen. It is quite a break from the GMMF stuff that she usually does but her first song “New Red Shoes” was on heavy rotation at my office this week. Mostly cause I take pride in telling people how successful my friends are. And to prove that she is a nice Canadian you can actually go to her website and listen to three free songs. My favorite by far is the New Red Shoes. You can also pick up the CD here and here. Check her out and tell me you don’t love every second of it!