Saying goodbye to a best friend. 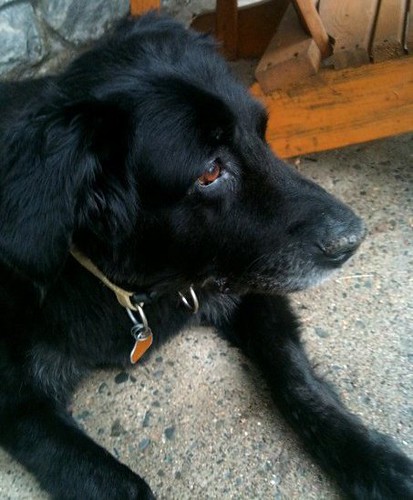 Well I got some sad news today, my mom called and unfortunately we had to say goodbye to my doggie today.Â Â  His name was a Moosehead Morrison, he was a black Lab-shepherd mix, he was fifteen years old, a cancer survivor and had the biggest brown eyes you’ve ever seen.Â  Not only was he my first dog, he was my best friend, I think he was everyone’s.

I’m not sharing this with you to make you sad, because you shouldn’t be sad.Â  Moosey was amazing, he had a great life, swam in the Saint John River every day and loved everyone.Â  I’m writing about him because as much as this is a blog about Canadian entertainment, I also consider it a living journal of my life, a life that would be far lonelier if I hadn’t met my Moosey.

We got Moose fifteen years ago from the Farmer’s Market in Fredericton.Â  He was in a cardboard box with his brothers and sisters, and for only $20 he was a steal of a deal.Â  From that moment on, I can honestly tell you that this dog, who never seemed as big as everyone thought he was, affected each and every person he ever met.Â  Whether he was tearing up my parent’s couch, lying beside you on your sickest days, wandering the aisles of Home Hardware, going for solo neighborhood walks or singing his songs for food.Â  He was a part of the family, a part that will always be cherished and remembered. Like me, he never really liked children, but he tolerated being jumped on, never biting or acting annoyed, yet his lack of interest was charmingly clear to everyone over the age of twelve. 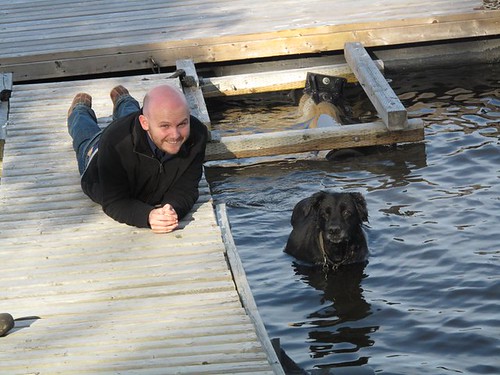 The last time I saw my dog, I knew it was the goodbye.Â Â  He could barely move his back legs but we went for one last walk. He still had a mighty bark, which always seemed like him greeting than the neighborhood more than anything else. .Â  He couldn’t hear, but his brown eyes spoke volumes.Â  I hugged him over and over again, he never liked getting hugged, but this time it felt like he was almost hugging me back.Â  I squeezed him tight and got in the car, which I quickly stopped and ran back into my parent’s house for one last hug.

It was a great hug. 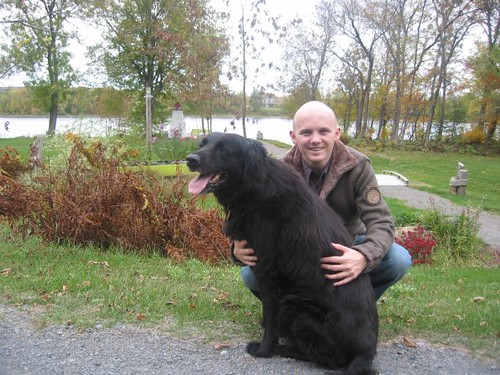 I’ll never forget Moosehead Morrison, he was perfection.Â  Tonight I raised a glass of Moosehead beer and thought about all of our good times together.Â  Fortunately, those will last much longer than the beer did.