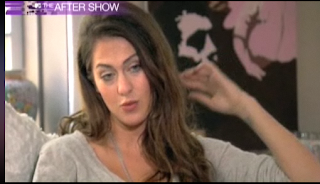 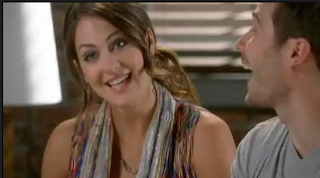 I gave up on MTV’s The City because….well actually I don’t think I need to explain why, it’s pretty terrible show. And the newest cast-member Roxy certainly had something to do with it.

Suprisingly the show was easy to drop and I thought I had rid of my life of Roxy for good.
Then Roxy started showing up on the amazing family drama, Brothers and Sisters and now I don’t know what to do. The only reason she is on the show is because she is the daughter of its creator Ken Olin and her mom is Patricia Wettig who also plays Holly on the show.
Obviously it is a creepy family affair thing. But can they please do it elsewhere? Having Roxy on B&S is like working with an ex. Sure it’s fine, but do you need the painful reminder of, in this case, The City.
And since Roxy’s character is going to be Kevin and Scotty’s surrogate, it looks like she’ll be around for a while.
Unless she got hit by a bus……I’m talking about the character of course……..