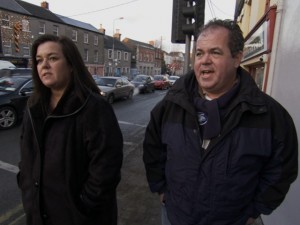 Oh Rosie O’Donnell, don’t you know that we Canadians will always get you in the end!

On tonight’s Who DoÂ  You Think You Are, Rosie O will travel to Montreal after tracing her family’s routes to one of Canada’s coolest cities.Â  Her travels are even more ironic givin that last week, she famously tweetedÂ  “album of the year? ummm never heard of them ever” after Arcade Fire shockingly won Album of The Year.

As it turns out her great-grandfather Michael Murtha was born in Montreal in 1855 after his family immigrated to Canada from Ireland.Â  Montreal, of course, being the home of Arcade Fire.

So if she doesn’t know who the band is now, well that’s just plain ignorance.

Who Do You Think You Are airs tonight on City TV.