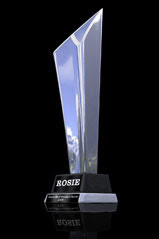 AMPIA (Alberta Motion Picture Industries Association) just announced the nominees for the 2010 nominees! And while I don’t know most of the people, I have to give a special shout out to my good friends are Breakfast Television here in Calgary.

Jill Belland and Susanne Fox both picked up nominations for Best TV Host. If Belland wins, it will be her second in a row!

CBC’s Heartland also had lots to celebrate, the show about horses and boring people picked up a whopping 13 nominations! (Seriously, should I start watching this show?)

And while you may not care about the Alberta Film/TV industry, I think you should take note that most of the categories have two different sections: Over 30 years old and Under 30. Luckily, I still qualify for the latter by a good 7 years……

Congrats to all the nominees!

The awards night is going to be hosted by Jill Belland and will be handed out on May 15th in Edmonton.