Rookie Blue isn’t so much a Rookie anymore! 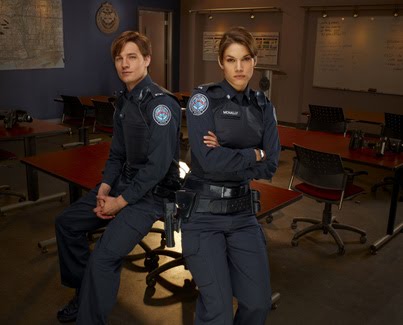 Awww!Â  Looking at that Rookie Blue growing up to be a real police officer!

Global Television and ABC have just announced an early renewal of its series, Rookie Blue!Â  The third season of the hit show is currently airing throughout the summer and the fourth season will start production in August and fans can expect to see it next summer.

The announcement is huge because, at this moment, there aren’t very many Canadian shows that are having much success on the big American networks.Â  Saving Hope was essentially D. O.A and I think that’s about it.Â  Lost Girl is doing quite well, but that’s on the smaller SyFy network.

Rookie Blue regularly pulls in more than a million viewers, so I think people are finding it perfect summer time viewing. Sometimes I wonder if it’ll ever make it into the regular TV season, it’d be great to see a proven and successful show given the opportunity to shine with the other big players, no?