Rookie Blue gets a third season! 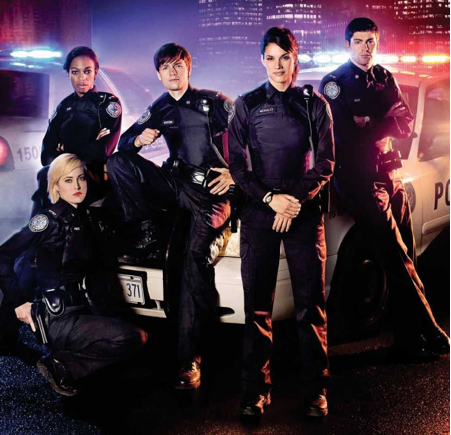 ABC and Global TV have just jointly announced that Rookie Blue has already been renewed for a third season!Â  Since it’s only a few weeks into its second season, this is great news for the Toronto-based cast and crew!

The show is a huge hit in Canada, with more than 1.5 million viewers every week, and for ABC, Rookie Blue ranks #1 Thursday nights in the 10pm hour.

But now that the show will definitely be getting a third season, you kinda have to wonder: How long can they be called Rookie Blue?Â  It was originally going to be called Copper, but maybe the name isn’t a big deal. Afterall, the kids from Saved By The Bell were enrolled in Bayside High for like twelve years!