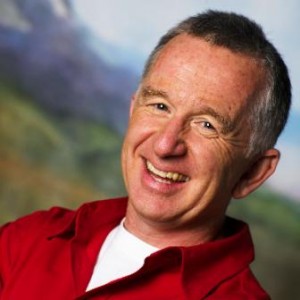 Remember last week when I told you that Ron James was trying to break a Tweeting record?Â  Well wouldn’t you know it, he actually did!Â  On Wednesday, December 15th set the world record for the most tweets in a single day by an individual. Suck on that Kanye.Â  Ron posted an astounding 520 tweets between the hours of 7:00 a.m. â€“ 11:00 p.m., exceeding his original goal of 500 â€“ a voracious number of tweets that have left his thumbs battered and bruised. Do the math â€“ thatâ€™s nearly one message every 90 seconds in a 16 hour period!

The other cool thing about Ron’s world record attempt was those that benefited from it.Â  Every time that someone tweeted #ronjames, he made a donation to the Food Bank. That ended up being more than 1800 food items that were donated at this very important time of year.

Admittedly, Ron James has never really on my radar but he certainly has my attention now.