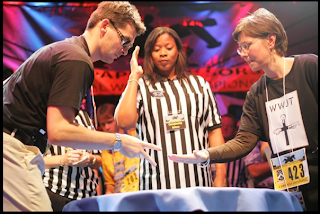 Usually you have to be careful when you see people in Toronto playing with themselves, but this weekend is going to be a little different. That’s because this Sunday the city will be filled with people playing Rock, Paper Scissors in an attempt to win the $10,000 grand prize at the RPS World Championships!
And yes, it’s a real thing.
Actually last year, I got a chance to see a really cool documentary about the tournament, the movie was called Rock, Paper, Scissors: A Greek Tragedy. The DVD of the movie is actually going to be launched this weekend at the tournament. Lucky for you guys, I know some people, who know some people, who used to know people…..anyway….if you want to order the DVD, use the promo code: Rochambeau. It will save you 20%!!! The only condition is that I’m obligated to tell you that a DVD fits perfectly in any standard Christmas stockings. Click here to find out more or order the DVD.