A few months ago, people often wondered, “Oh Rob Ford, what will you do next?”

Well, now we know. The former Toronto Mayor, now City Councillor just took to eBay today to start selling off some of his memorabilia, including a Saskatchewan Roughriders Jersey (current bid $200). As far as I can tell, there doesn’t seem to be a charity angle, but with this guy you never know.

Keep Calm and Carry On Poster With Frame: 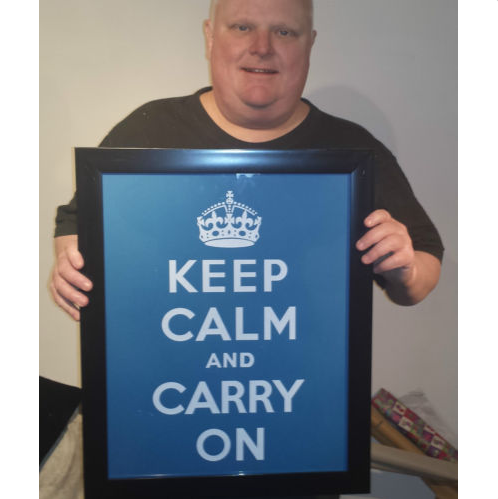 “This is the ‘Keep Calm and Carry On’ poster that Councillor Rob Ford added as a decoration to the Mayor’s Office in January, 2014″ 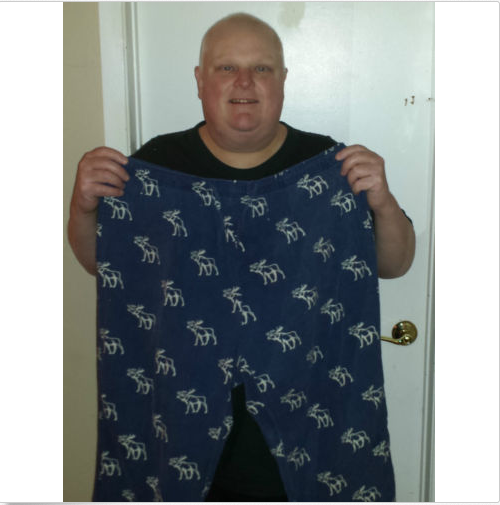 “These are the print patterned pants that Councillor Rob Ford was seen wearing on a shopping trip to Wal-Mart.” (Guys, I couldn’t make this up.) 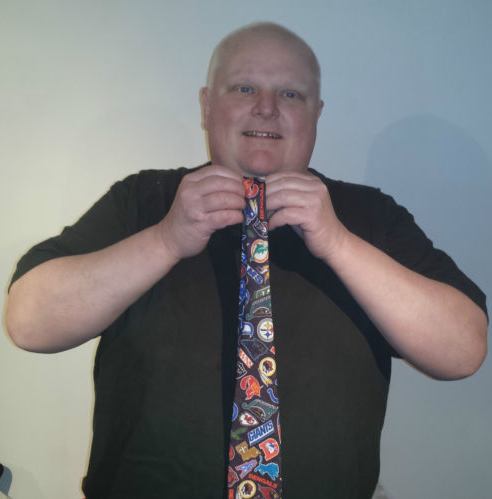 “This vintage football tie features logos from NFL teams past and present.”

All the auction items just went up for bid, with the tie seemingly to be the most popular item. The auction closes next Wednesday.