All photos were taken with theÂ Samsung Galaxy Camera.Â

If you’ve read this blog even once, you know that I love to travel.Â  It doesn’t matter where I go, I can always find something fun or cool to do or see. In the same breathe,Â  if there is one thing that I hate, it’s crowds. Unfortunately, travel and crowds often go hand and hand, unless, like me, you feel like getting a little creative. This past weekend, as the rocky mountains filled up with thousands of eager tourists, I came up with a plan to do something different and head in almost the opposite direction, Alberta’s south eastern corner.

While it doesn’t always make the cover of travel brochures, I found a surprisingly large amount of things to do in the area, many that you’ve probably never even heard of. 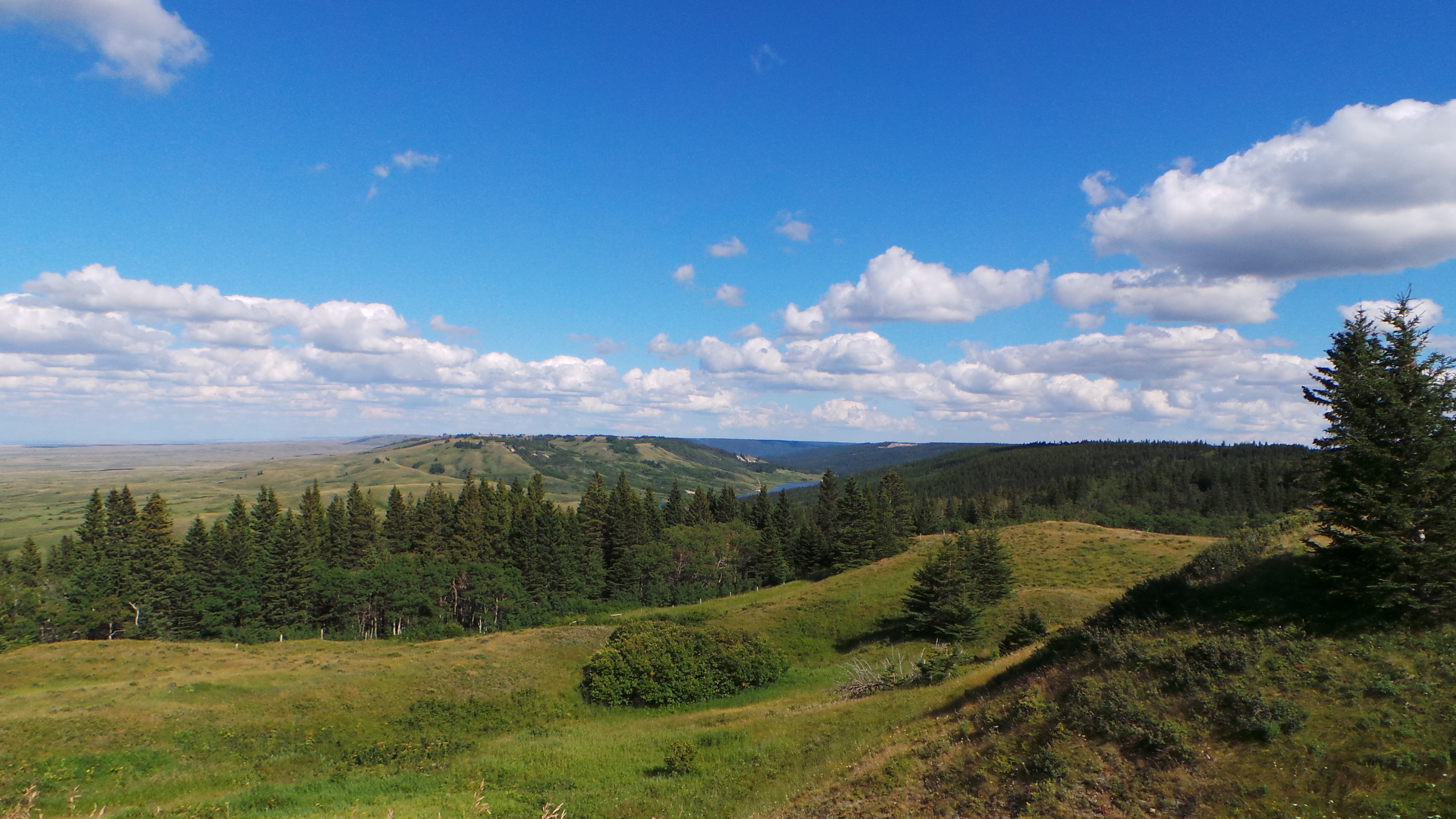 Cypress Hills Interprovincial Park
I found out about Cypress Hills a few months ago and I had been curious ever since. As it turns out, besides a few outdated websites, there’s not much information online about the park that spans across Alberta and Saskatchewan, but once you’re there, the helpful Tourist Information centre has more than enough information. When compared to the Rockies, the park might not seem like much, but for a provincial park, far away from tourist masses, the park is top notch. I couldn’t get over how a place so peaceful and beautiful could be so quiet on one of Alberta’s busiest long-weekends. But I wasn’t complaining. We stayed to the Alberta side, which features several different lakes with beautiful paths and lots of places to picnic.Â  Several look out spots offer up one of a kind views and, as it turns out, the park is even home to a small ski hill. Since the park is located in the middle of the prairies, you wouldn’t expect much for hills, but you can thank the melting glaciers for thousands of years of melting for that. Fun fact: Cypress Hills is home to the highest point between Labrador and the Rockies!Â  Pretty cool, right?
The park is also home to a small town named Elkwater.Â  Sitting on the edge of Elkwater Lake, the town features several dozen homes, a hotels, some campgrounds and a handful of restaurants. If you’re looking for a place to “get away from it all” but not give up living in a functioning society, you’re probably looking for a town like Elkwater. I definitely recommend it. 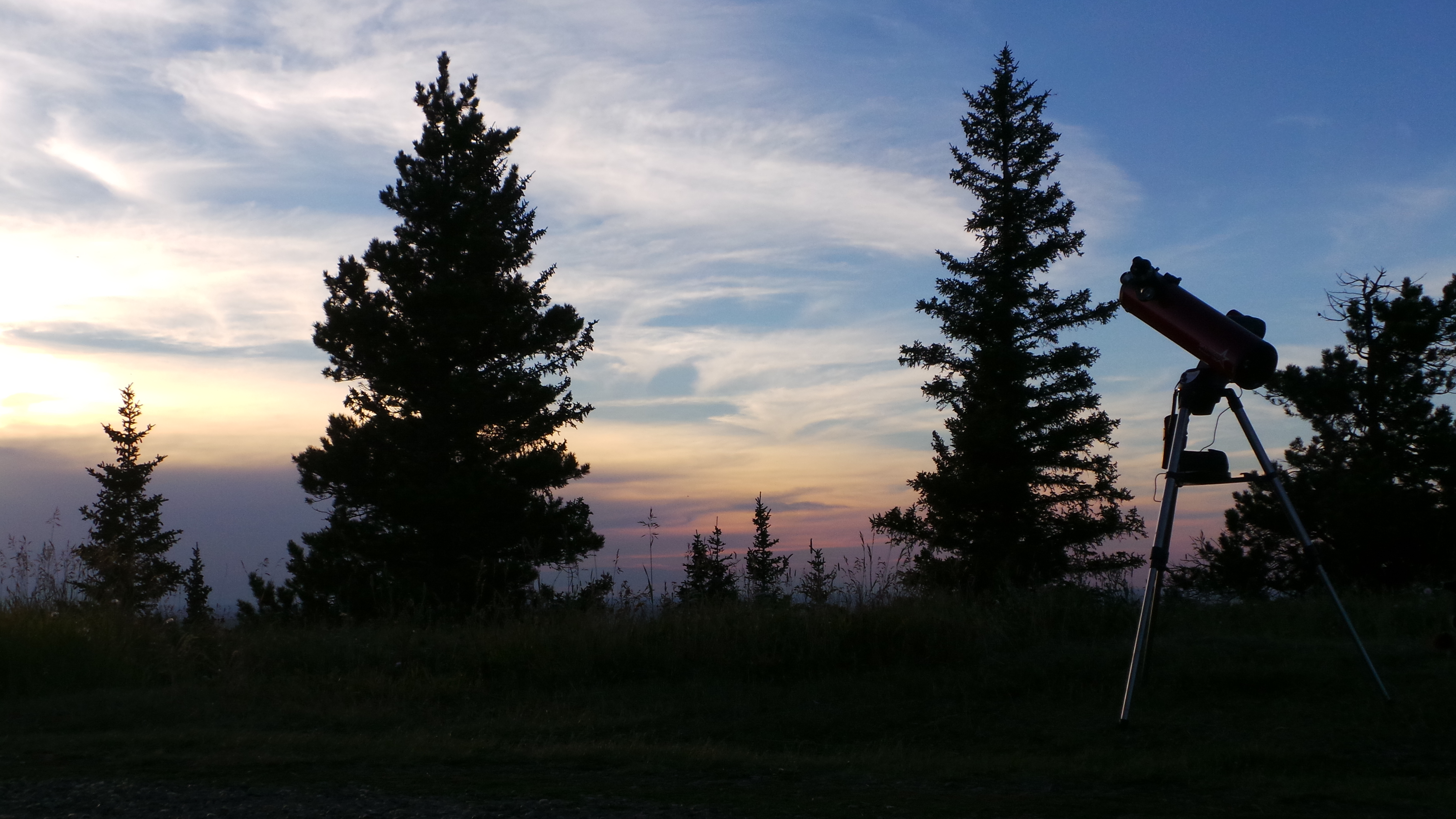 Dark Sky PreserveÂ
Covering most of the Cypress Hills Interprovincial Park, the Dark Sky Preserve features little or no light pollution for a span of 97,850 football fields.Â  Yes, 97,850.Â  There aren’t veryÂ  many signs indicating that you’re in a dark-sky preserve, which is a shame because it’s really, really cool.Â  On a normal night in a city, you can see about 100 stars, but from this particular preserve you can see almost 4,000 stars. You really have to see 4,000 stars to really understand how amazing of a site that is. Â Fun tip: The Camera Store rents amazing telescopes for only $30 a day. You only pay for the days that they are open, so if you rent on Saturday, you don’t pay for Sunday or any holidays that they might be closed.

We drove up to the aforementioned highest point in Canada between Labrador and the Rockies and set up the telescope. For the next few hours, we were treated to an unbelievable site as thousands and thousands of stars slowly revealed themselves to us. I can say with certainty that I’ve never seen anything like that before. Within a matter of minutes, I saw two shooting stars. Even if you aren’t familiar with a telescope (and trust me, we weren’t), bring a blanket and lay back and just watch, the time will just disappear. Absolutely amazing. 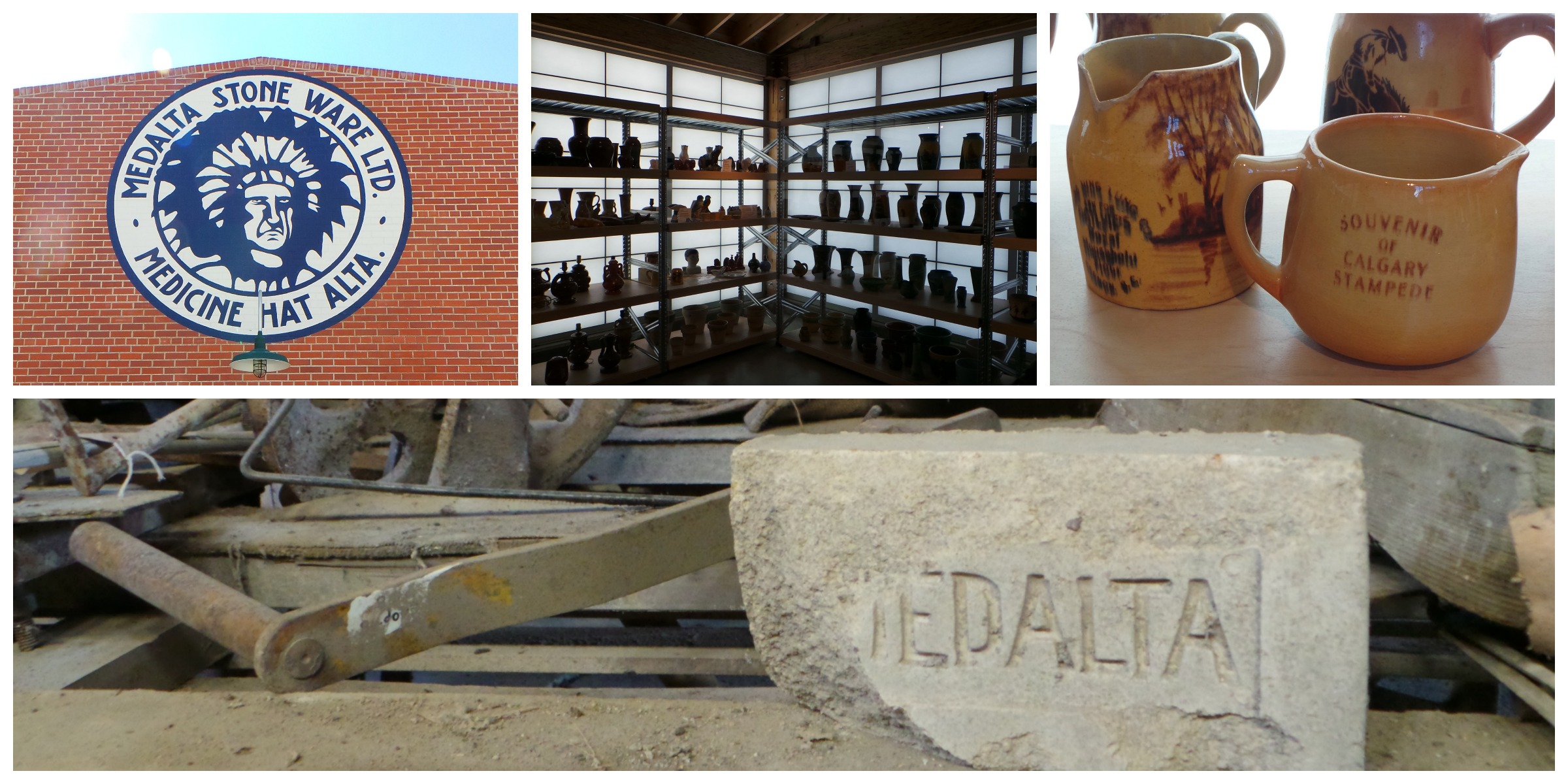 Medalta Potteries
I’m more of a gadget guy than a pottery guy, but since discovering it in May, I’m a big fan of the Medalta Pottery factory, which is an old pottery factory that closed in the 50s but has since been refurbished and is now both a functioning pottery factory and national historic site.Â  Fun fact: At one point, Medalta made more than 70% of all the pottery in Canada. The factory is also home to a fantastic farmers’ market on Thursday nights, as well as, an amazing collection of pottery from nine different decades. The space suffered more than a million dollars of damages from June’s flood, but you almost can’t tell. Every exhibit is open and just as fascinating as it ever was.Â  Seriously, I know I’m saying that pottery and clay is fascinating, but the guides at Medalta are incredibly informative and it’s neat to be a part of something that was so important to homes all across Canada. 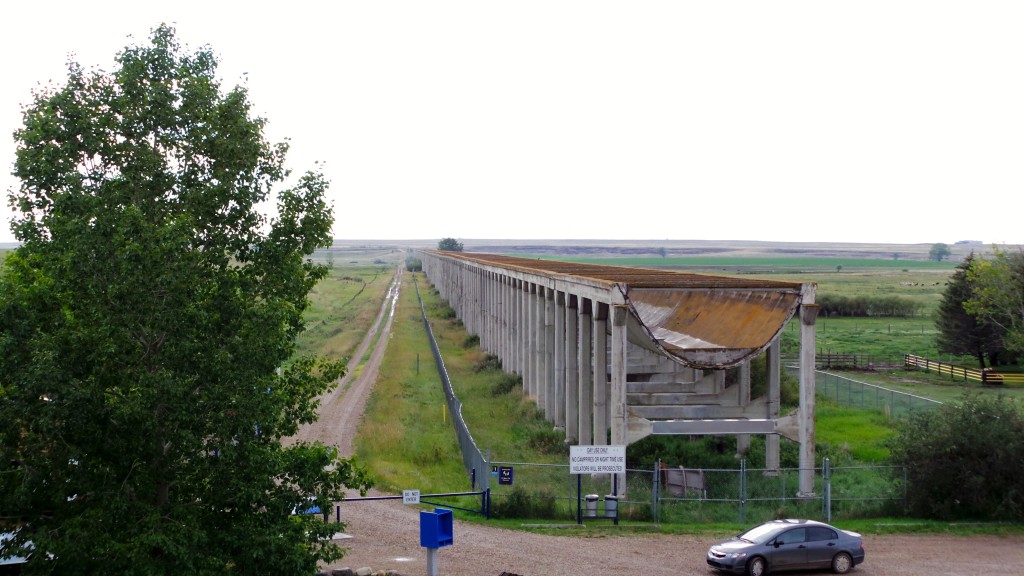 Brooks Aqueduct
The time commitment to see the Brooks Aqueduct is pretty low, just two minutes off the highway, you can see all that you have to see in maybe 15 minutes, but it’s definitely worth the stop.Â  Alberta sometimes just a bad rap for its lack of history, but the sheer size and importance of the Brooks Aqueduct is pretty cool. Again, I know I’m saying that something in Brooks is cool, but it actually is! Originally built around 1910 to help farmers with their irrigation and closed in the 70s, the absolutely huge structure now stretches across the prairies like some sort of abandoned alien space ship. Fun idea: Just a few feet from the aqueduct are the canals that eventually replaced them, another cool invention. The aqueduct is now a National Historic Site of Canada and stands as a reminder of the many innovations farmers developed to make a living on the often unforgiving prairie lands. 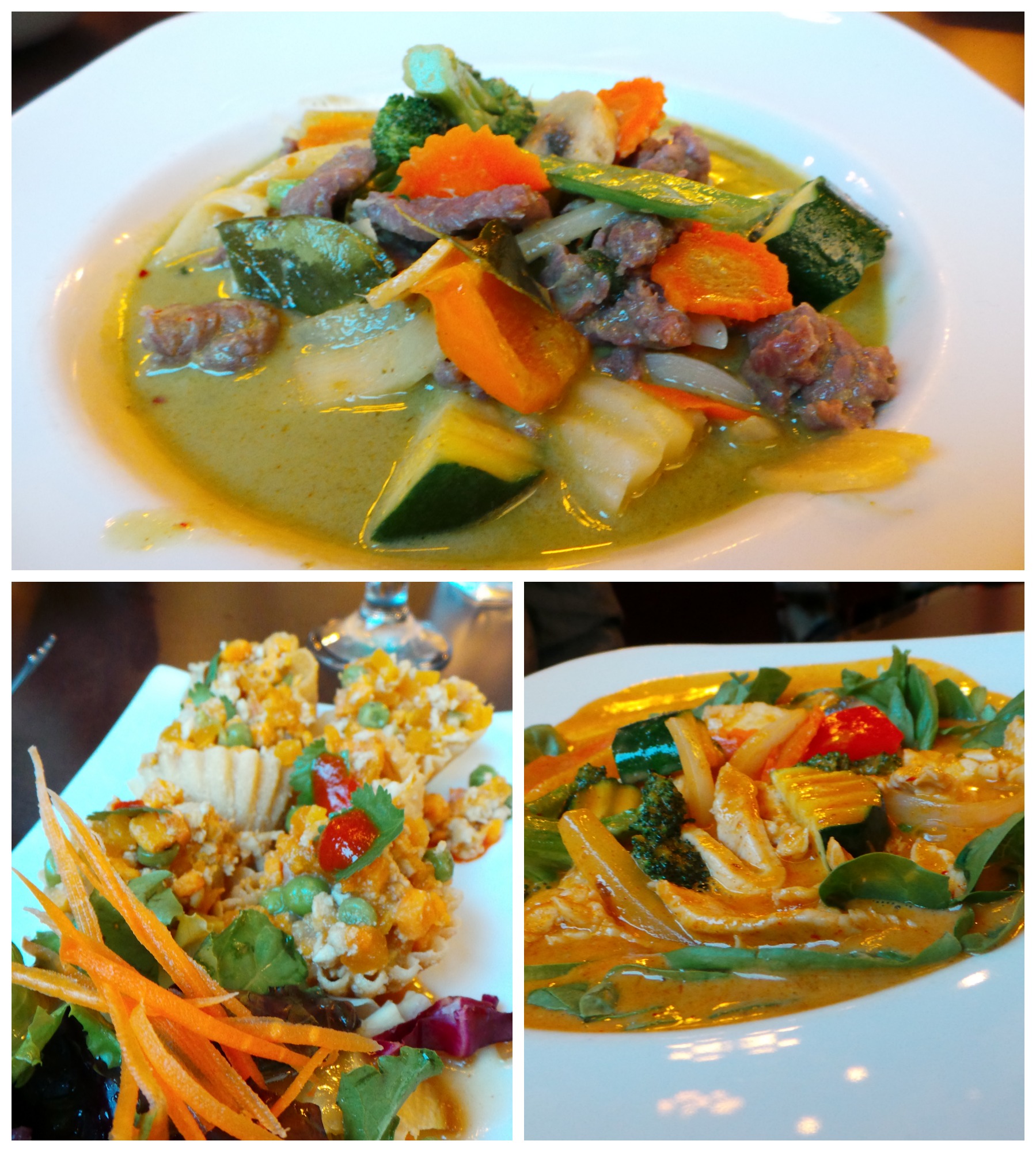 Thai Orchid Room
When you think of international food, Medicine Hat, Alberta probably isn’t on the top of your list, but not only is “The Hat” home to some really great restaurants, it’s also the city where I enjoyed the best thai food I’ve ever had in my entire life. The reviews for the Thai Orchid Room were impressive, but let’s be honest, you always have to assume that Trip Advisor reviews are at least a little bit skewed, but trust me when I say that this restaurant’s praise is rightfully deserved.Â  Walking in to the restaurant, your exceptions might be lowered by the fact that the Thai Orchid Room is located in the middle of a nearly empty mini-mall. It doesn’t have the flare that you’d expect from a critically acclaimed restaurant, but once you walk in and begin eating, you won’t care where you are or who you’re with, because as long as you’re eating this thai food, nothing else matters. Even if you drove to Medicine Hat solely for this restaurant, it would be worth it.Â  Just do it. 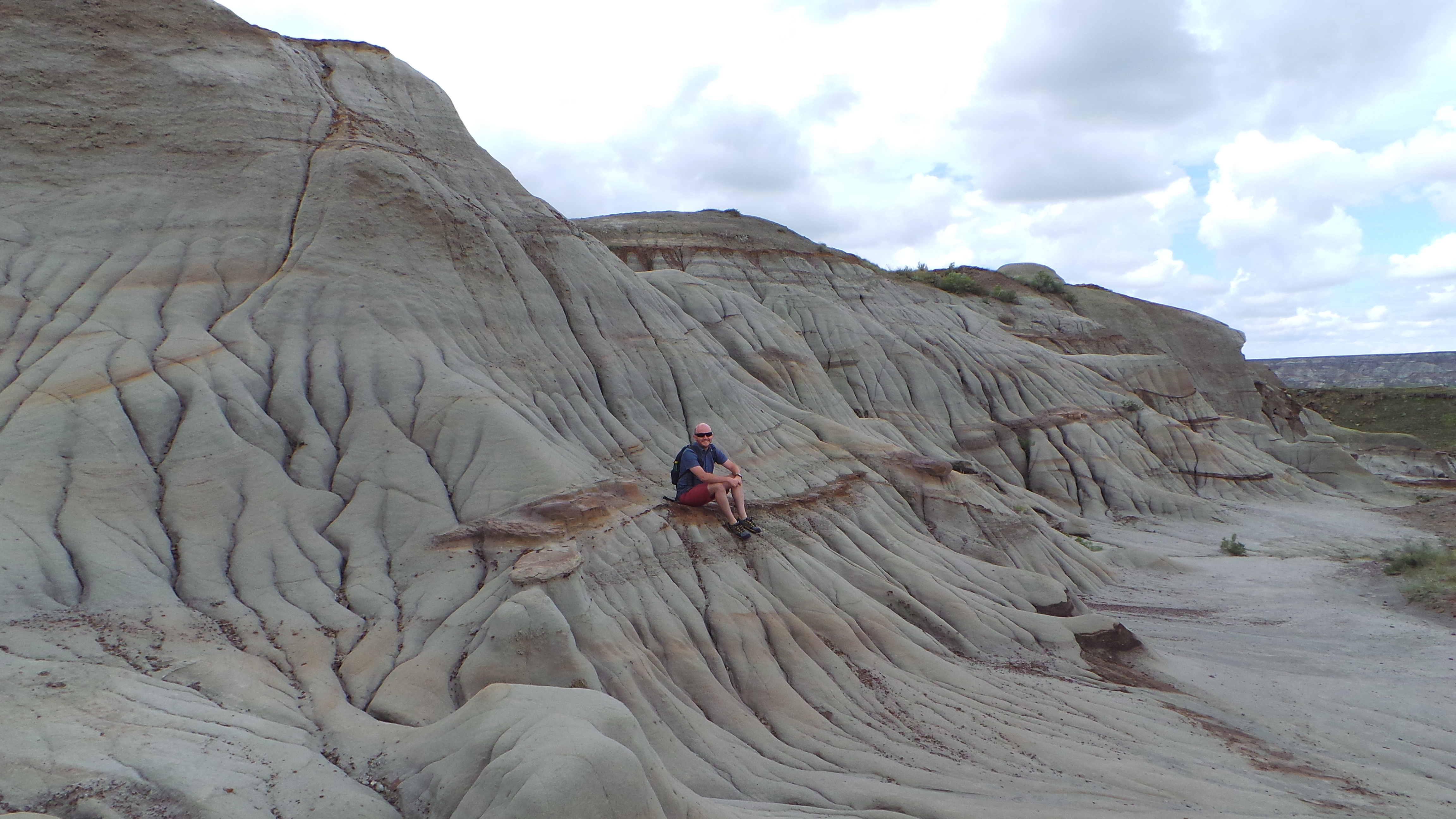 Dinosaur Provincial Park
Here’s the thing about Dinosaur Provincial Park, I thought I had already been there, but as it turns out, the park is completely different from the Drumheller-area, which is home to the world famous Royal Tyrrell Museum. The Dinosaur Provincial Park is completely different and if I was forced to decide, notably cooler.Â Â  While the park is small, the history and experience it offers is unprecedented.Â  With one of a kind views and trails, featuring warnings of rattle snakes, scorpions and black widow spiders, the area definitely deserves its inherited name of The Badlands. But offering up a unique view and drive is just one of the cool things this park has to offer. If you go, check out the Fossil stations which show real dinosaur bones still encased in the very ground where they were felled millions of years ago. Seeing fossils in a museum is one thing, but seeing the fossils where they were actually found is a whole other experience.Â  If I could offer up one useful tip: You cannot wear enough bug spray and even then, be prepared to get a few bites, I’m not sure if we were dealing with pre-historic bugs, but they were plentiful and relentless. The park also offers up some luxury camping experiences that have been added to my must-do list.Â  If you love dinosaurs, and who doesn’t, this park is worth the detour from the highway.