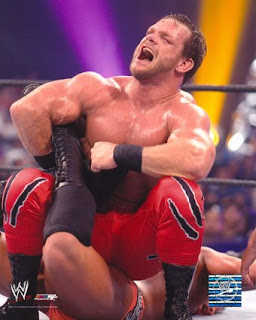 I just wanted to be serious for a second and say that WWE wrestler Chris Benoit and his family are in my thoughts tonight. They were all found dead on Monday with little details released. In truth, I don’t want to know what happened, I just know that Chris was a fellow Canadian and that alot of people looked up to him. At the end of the day he was a great entertainer and that deserves so much respect. I hope and wish his family only the warmest thoughts.