Rick Springfield: It's about freaking time! 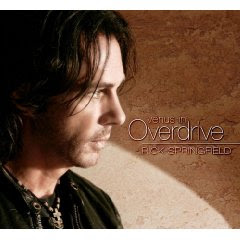 I like to give recommendations. For the most part people don’t want to hear them so I don’t use my power of “Mike’s Bloggity Blog Blob Recommends” often, mostly for fear of the responsibility. Plus people don’t realize that it gets tiring trying to convince people that Hanson’s 2nd CD This Time Around is still one of the best CD’s I’ve ever heard.

But today is a special day. On Tuesday July 29th, Rick Springfield will be releasing his newest CD. Now, I haven’t heard it and I’m sure it is probably a crap CD worthy of praise only seen by any single released by Paris Hilton but still people, it’s Rick Springfield! Jessie’s Girl!!! Doesn’t this guy at least deserve your pity $9.99 from Itunes? How many times has Jessie’s Girl brought even you to the dance floor of the most boring party, wedding or bar mitzvah? Rick Springfield has made karaoke cool for thousands (or 27) years, the least you could do is by his CD and help him feed his two sons. And it’s not like I’m asking you to buy all 21 one of his albums (yes, I counted). I’m asking you to buy one or at the very least his first single ingeniously titled What is Victoria’s Secret on Itunes.

So with that I’ve decided to haul out the infamous Mike’s Bloggity Blog Blob recommendation honor to Rick Springfield and his new CD Venus in Overdrive.

You are welcome Rick, you are most welcome.