Remember a couple of weeks ago whenÂ  MuchMusic lost their bid to the CRTC to play less music and instead air more regular TV shows? Well I sorta assumed that they would fight back and it would end being an incredibly long battle.

Well earlier today, the nation’s music station sent out a press release and it sure sounds like they are sticking with this music thing, which hopefully will be music to the ears of many Canadian musicians.

Here’s a breakdown on the new Muchmusic: 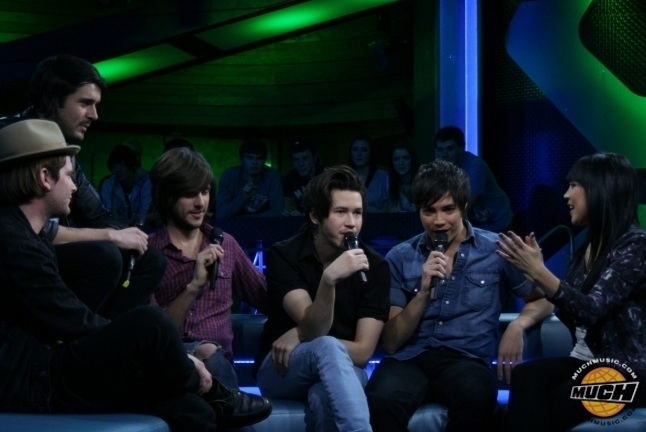 In With The New: It used to be called Much On Demand, then it was shortened to M.O.D but now the flagship show of the network will be called NEW.MUSIC.LIVE. Which will surely be frustrating to teachers already struggling with students who thing that LOL is an actual word. The shiny new series will feature music, bands and videos, as well as interviews with and performances by the Canadian and international artists!

In an interesting move, none of the station’s current VJ’s (Sarah, Jesse or Liz) landed the hosting gig for NEW.MUSIC.LIVE.Â  Instead it went to three new VJs named Lauren, Pheobe and Bonn. They’ve done some interviews on Muchmusic.com and so far they seem pretty cool.Â  Glad to see the station has forgiven the International Ginger Association for the Aaron Strate debacle, Bonn seems swell.

Back to the Basics: Much is also bringing back to of it’s most popular shows from the television graveyard. The Wedge (formerly hosted by Sook Yin Lee) will now be hosted by FUCKED UP’s Damian Abraham and will “highlight the most cutting-edge indie rock videos, presented and discussed in a live forum by a community of opinionated musicians.”

No doubt thanks to the international success of Drake and K’Naan, Much is also bringing back RapCity, which will now be hosted by Love T.O.â€™s Tyrone Edwards (a.k.a T-RexXx). The revived show will feature “the hip-hop community in music videos, performances, interviews, and rare, classic moments from Much’s bottomless vault.”

To be honest, I think the new MuchMusic looks really good.Â  The only thing missing in the long awaited return of Electric Circus.Â  (All I ever wanted to do was dance in the window, didn’t you?)

So what do you think about all of the station’s new programming?Â  Is that enough music for you or have you already given up?