This weekend, the curtain rose on Alberta Theatre Projects new production of the family friendly show You’re a Good Man Charlie Brown. For me, Charlie Brown and I have always seen eye to eye. As a grew up, the comparisons would sadly become more and more realistic (see below). While I was never a huge fanatic of the Peanuts gang, I was definitely intrigued to see some of the characters I related so much to as a child, brought to life in the form of a musical, which runs until December 30th.

At a brisk two hours, the show is a perfect introduction to families who might looking to show their kids that there is life beyond TVs and iPads and for older kids (like me), the show will repeatedly hit you over the head with Charlie Brown flashbacks that you had practically forgotten.

Halfway through the musical I was struck with a pretty heavy realization. Is Seinfeld just Peanuts grown up? I mean think about it. Charlie Brown and his friends aren’t really that nice to each other. Their friendship is based on more a matter of convenience than them actually liking each other and Jerry, Elaine, George and Kramer really aren’t that different. Actually, the only people they dislike more than their friends, are themselves. Peanut characters are almost identical in their disdain for themselves, though they happen to be more cartoonish about it. Pun intended. And the most obvious comparison of all? They are both about absolutely nothing. Of course, that’s Seinfeld’s famous raison d’Ãªtre and it was just this weekend that I realized the same about Charlie Brown. The musical, both the 60’s and more modern revival is really about nothing. There isn’t a particularly important plot, but luckily, it doesn’t seem to matter.

The show plays like the comic strip come to life, it’s full of colourful characters and even more colourful sets. It’s hard to imagine a show that’s as simple as a You’re A Good Man Charlie Brown could become a Tony Award winning musical. Truthfully, I think I’d be a little disappointed if I had seen it on Broadway. But like Seinfeld, the magic of Charlie Brown is in its simplicity. Life isn’t filled with large musical numbers, it’s about hanging out with your friends, playing some football, asking for advice, singing a song here and there, but most of all, growing up and realizing the simplest things are sometimes the best. 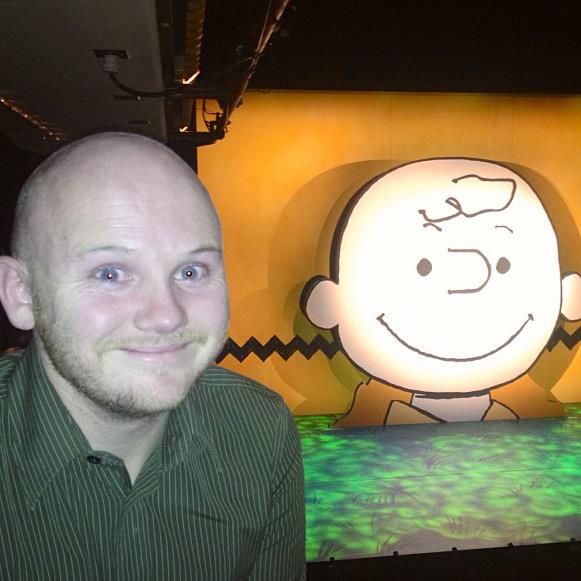 ATP’s You’re a Good Man Charlie Brown is recommended for family members from 5 to 242 years old
It plays at the Martha Cohen Theatre until December 30th.