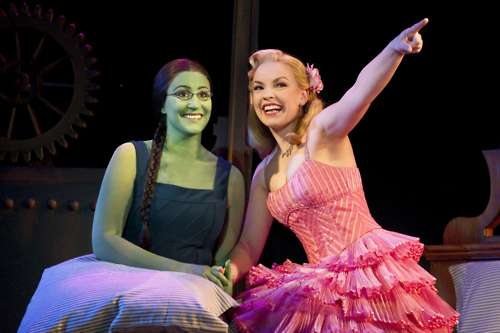 Let’s get the dirty and shocking information out of the way first, I’ve never seen The Wizard of Oz.

I’ll give you a moment.

Have you settled down, so to confirm, I’ve never seen The Wizard of Oz.Â  I mean I get all the references, I know what it’s about, but my parents never showed it to me, so I grew up watching Arachnophobia and The Sandlot instead.Â  It’s never particularly really bothered me, I mean I get that it’s probably good, but do I have two hours to sit down and watch a movie that I feel like I’ve already seen?Â  Nope.

Now that we’ve cleared that out of the way, I was so excited to see Wicked tonight, really for two reasons.Â  One, my parents were in town, so I got to take them to some professional theatre. (Fun Fact: They are also Wizard of Oz virgins.) And two, I wanted to see if the buzz about Wicked was deserved.Â  Not that I would argue with the show’s countless accolades, but a touring production is something else altogether.

Well I’m happy to say that Wicked is the best and most solid Broadway Across Canada production that I’ve ever seen. Hands down. Sorry Lion King, I hope you enjoyed your long standing reign.

I used to dabble in theatre and the roles of Elphaba and Glinda are simply to die for, they are perfect and in the touring production, they are portrayed exquisitely by a very green Anne Brummel and the ever cheery (and Canadian) Natalie Daradich.Â  I used to imagine how amazing it would be to see Idina Menzel and Kristin Chenoweth performing Defying Gravity in the roles they originated on Broadway, but since that will never happen, I’m happy to know that I’ve definitely seen the next best thing. 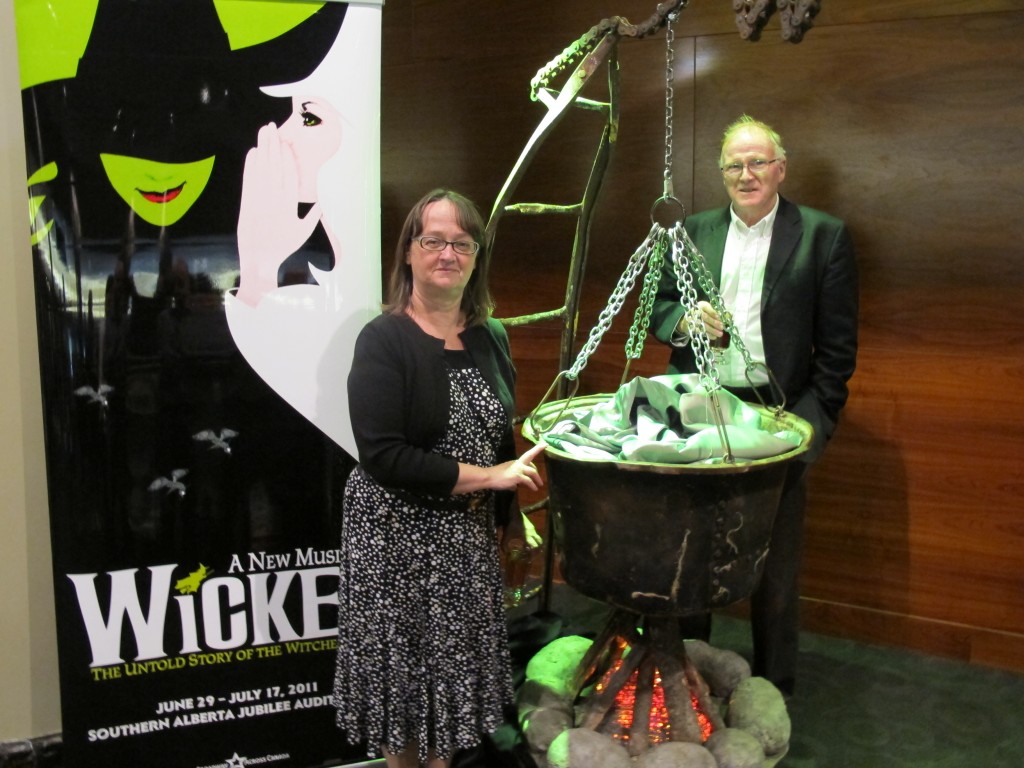 It was great to talk to my mom and dad after the show, my dad essentially introduced me to musicals on our monthly drives to Montreal growing up, and brought up the fact that while he enjoyed it, it was a perfect example of how musicals have changed.Â  They used to be about the story and the singing, and now, Wicked included, is so much more about the production, the glitz, the effects and yes, the loud music.Â  He said whenever the chorus sang, it was nearly impossible to hear them, and I have to agree.Â  I mean it’s chorus, you genreally know what they are singing about, but it was still hard to hear.

I’d also recommend that if you’re like me and my folks, you lose your Wizard of Oz virginity before going to see Wicked.Â  I could tell there were a ton of jokes that flew over my head like they were flying monkeys. But I’m guessing people who haven’t already seen the movie are few and far between.

Living in Calgary, we don’t always get to see the highest quality broadway shows, it comes with living in the middle of a desert, I get it.Â  But shows as moving and stirring as Wicked give me hope that more and more shows will come to our fair city.Â  And if the cast of Wicked is wondering, yes it’s rare to get a full standing ovation in our city, you should be as proud as I was entertained.

Lottery:Â  Just like the real shows in NYC, there is a lottery for Wicked. Alls (that’s right, alls) you have to do is go to the box office two hours before any showtime and put your name in a draw.Â  Then they do a lottery for the remaining tickets and the best part is that it only costs you $25.Â  Such a steal.