Review: “West Side’s” influential story has no end in sight!

I honestly can’t tell you if I’ve seen West Side Story before. Â I think my sister got me the DVD for Christmas like ten years ago, but I also think I returned it, probably to buy another season of Buffy. Â I may have seen an awful school production of the show, so that barely counts. Â No, upon further thought, I don’t think I have seen West Side Story, which leaves me so confused because why was able to sing (or at least) hum practically every song during last year’s opening night of Broadway Across Canada’s production of the musical classic?

Well, as it turns out, throughout my life on this Earth, the musical has slowly been engrained in my head. From songs appearing on Glee, to pretty much every Oscar ceremony, I had in fact heard the music of West Side Story, likely hundreds of times, without even knowing it. Â That should give you an idea of the endurance of this musical. 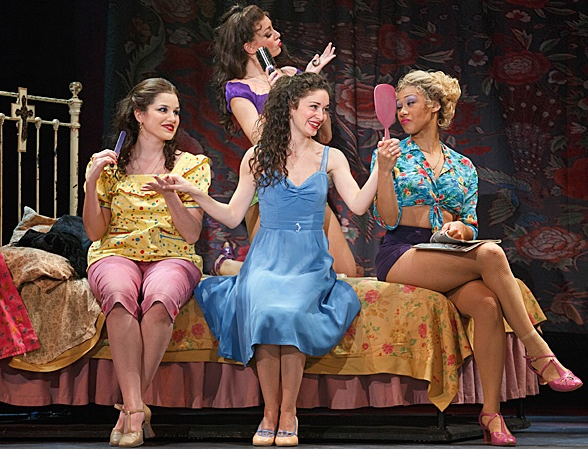 During last night’s opening of a short week-long run in Calgary, West Side Story seemed to instantly remind people why after all this time and countless musicals since its debut in New York, it’s still pretty much unstoppable.

As someone that can’t sing or dance, I can’t imagine there being a more fun show for actors than West Side Story. While modern shows often rely on big sets and props, West Side Story instead still relies on big songs, bigger dresses and the biggest dance numbers. It looked like so much fun, I practically tied myself to my chair, I just wanted to get up and dance so bad. (Remind me to look into why musicals don’t have dance floors.) Digging a little deeper into the history of the show, it’s so fascinating that not much has changed from the original production audiences were treated to 57 years ago. Â If you think of the things we still enjoy that were popular 57 years ago, it makes the success of West Side Story that much more fascinating.

Whenever I see a Broadway Across Canada musical, I always think about someone who is seeing a musical for the first time and I can’t think of a better education than starting off with West Side Story. Â It’s simple, it’s classic and shows why musicals have captivated millions of people for who knows how long. Â For a touring show, they don’t get much better than this.

West Side Story runs at the Southern Alberta Jubilee Auditorium until February 16th, 2014. 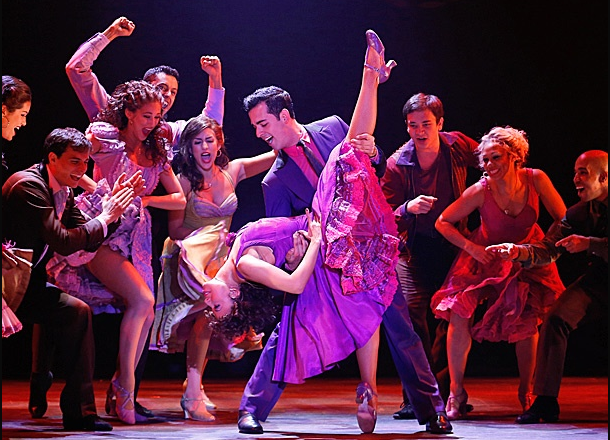