Review: This Is It on DVD (plus the return of... 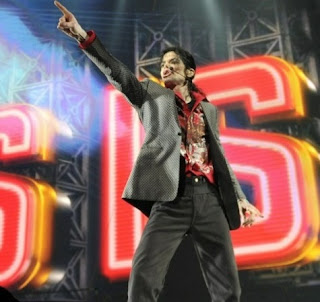 Did you see Michael Jackson’s This Is It in theatres? Even though everyone I know wanted to see it, I kept passing. The whole experience of watching the last days of MJ with a bunch strangers was a little too weird to me. I patiently waited for the DVD release of the documentary.

Luckily that day is here and I’ve finally been able to watch This Is It. The movie, which is available on DVD and BluRay, offers a lot of surprises about Jackson and his sold-out concerts, that would have taken place beginning this summer in Londonâ€™s O2 Arena.
I was shocked how involved in all the planning of the concert he actually was. I totally thought at one point I would see him rigging his own lights. Jackson is seemingly involved in every aspect of his shows. From the planning and staging to the choreography. I think all we expected Michael to have become some sort of musical-robot hybrid, but he was still a powerful man in the days leading up to his death.
I don’t know what exactly I was expecting, but seeing Jackson rehearse for his performance is as close to hauntingly perfect as I think he ever was. To have that much energy and motivation at fifty years old, is truly remarkable. I got tired just watching it.
I also really enjoyed watching all the people working with Michael. Obviously the opportunity to work on these concerts changed so many peoples lives. I got a rush just watching the dancers as they learned the steps alongside Jackson, to have been in their black jazz shoes. It was a once in a lifetime opportunity for them, it was the reason they became dancers, it’s amazing to experience that feeling with them.
During the movie I kept thinking how lucky we are to have the technology to see Michael’s final days. Obviously this would mean something different if had been dying a slow death, but knowing now what we know about how and why he died, This Is It seems a fitting end to the performers story. Imagine if we had had the same sort of documentary for Elvis, Marilyn Munroe or James Dean. Their legacies will live on forever, but with This Is It, we feel apart of Michael Jackson’s.
UPDATE:
Remember the “Dancing Inmates” from the Philippines? They became Youtube sensations with their rendition of Michael Jackson’s Thiller.
Theyyyyyy’rrrreeeeee bbbbbbaaaacccckkkkk!
To celebrate the release of the This Is It on DVD. Sony Pictures Home Entertainment sent Travis Payne, Associate Director/Choreographer of This is It along with two of Michaelâ€™s top dancers, Daniel Celebre and Dres Reid to Cebu Provincial Detention and Rehabilitation Center. There they taught the now famous “dancing inmates”, two of the dances from the concert as they would have been performed.
I think this is their best so far, who knew murders were such good dancers!!!