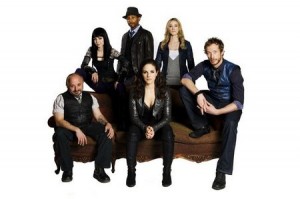 Let me get this out of the way: Since I’ve been writing Mike’s Bloggity Blog there have been very few shows that have been as good Lost Girl.Â  Hands down the most ambitious, mysterious and exciting program to hit our television sets in years.Â  When Lost Girl premieres on Showcase this Sunday, I will finally be able to talk about what I’ve known for weeks: this show is awesome.

What it is about: Bo (Anna Silk) is supernatural seductress, a Succubus who feeds on the sexual energy of humans. In the first episode she discovers she belongs to the world of Fae;Â creatures of legend and folklore living among humankind in secrecy.

Did I lose you?Â  Hopefully not.Â  Just remember how crazy The X Files sounded at first.

I actually don’t want to talk about the show too much because half the fun is discovering the show’s twists and turns yourself. Â  Only one episode in, the show’s writers are able to suck you into an entirely new world with lots of dark and spooky corners to unveil. Simply put: Joss Whedon will love this show.

After I watched the pilot and as the end credits ran, one simple word slipped from my dry, chapped lips: “Buffy”.Â  Then, a giant sigh of relief.Â  After years of having to deal with boring-ness that isÂ  Twilight, True Blood, Vampire Diaries, there is finally a show for fans of the horror genre that has a great story, great characters, big mystery, strong female leads and most importantly NO VAMPIRES!Â  Well okay, I don’t think there are any vampires.Â  And if the first episode has taught me anything, you never know what you’ll see on Lost Girl.

Watch it this Sunday and thank me on Monday