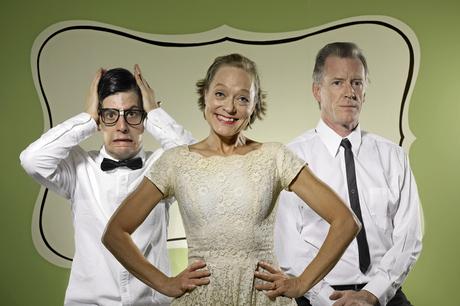 Believe it or not, Calgarians are still in the midst of the High Performance Rodeo!Â  While this city maybe known for the Calgary Stampede, HPR is almost twice as long and yes, twice as confusing.Â  In case you don’t know, High Performance Rodeo has nothing to do with horses, cows or The Young Canadians.Â  Don’t feel bad if you actually didn’t know this, it literally took me four years to figure it out.Â  Now that I know that the festival is all about bringing the best (and weirdest) forms of art, music and theatre to Calgary, I’m starting to understand it a little bit more….but just a little.

When the festival launched a few weeks ago, I went to the opening night talk with Brian Eno. Click here to see how that went.Â  Here’s a hint:Â  I’m still confused.

But now that I’ve had a chance to catch a little more of HPR, it’s really is starting to grow on me like a feather on Natalie Portman’s back, meaning: I think I know why it’s there…but do I?

Smash Cut Freeze is one of the productions that is running the entire length of the festival.Â  Given the already confusing nature of the festival, I had no idea what to expect.Â  As I walked into the theatre, I mentioned to my friend, “You’re probably going to be super confused and have no idea what is going on.Â  Enjoy!”Â  Smash Cut Freeze stars Denise Clarke, Andy Curtis and Christopher Duthie, who, after you squeeze yourself into the intimate Big Secret Theatre, will captivate, confuse and mostly move you in ninety minutes of purely organic-feeling theatre.

Don’t get be mistaken, this isn’t your normal piece of theatre.Â  During the show’s first five minutes, I remember thinking: “Fuck, is this another confusing piece of ‘art’ that will leave me baffled and feeling lonely?”Â  But instead of looking for something more mainstream from Smash Cut Freeze, I decided to suck it up and let the weirdness take over.Â  It sorta felt like a roller coaster.Â  The first drop is the worst and most terrifying, after that there’s not much you can do about it, so you might as well enjoy the ride, right?

The play definitely has an Inception-y feel to it.Â  Space out for a moment and it will take you a few minutes to regain your footing but make sure you do, the last ten minutes resonate and they resonate deep.Â  I’m starting to figure out that it doesn’t always have to make sense, it just means you have to look a little closer.