Review: How We Failed Jason Mraz 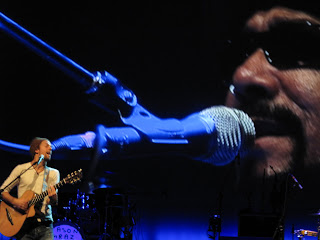 I just wanted to write you a quick note to say that I’m so sorry for Friday night’s show in Calgary. The crowd was terrible and you deserved better.
You did everything right, you were normal your cool and calm-self. Your songs were bang-on and you reminded me how far away from being cool, I actually am. Plus, the concert was sold-out and by all rights, the show should have been amazing.
But like many artists before you, it seems your show fell victim to Calgary’s newly named Boring-itis.
Boring-itis is a disease that afflicts many Calgarians. It’s a mixture of being uber-conservative, thus being desperately afraid of what people might think of you and lazy. In case you didn’t know, qhen offered seats, Calgarians will always choose seats, no matter how great the music is to dance to.
Unfortunately you witnessed what’s like to do your show here in Calgary, when so many people have boring-itis. We would be lucky to have H1N1. Not many people notice, but you indirectly asked the audience to stand up several different times. “I like this show, at all the other shows everyone stands up, you guys don’t, it’s a like lounge.” Many Calgarians took that as a compliment.
It wasn’t until you directly asked them to stand that they did, for one song.
But my friend Tiffany and I didn’t mind. We had a great time. We even convinced the stranger beside us to stand up, making us the only people in the entire auditorium on our feet. We looked stupid, but we did it for you Mraz.
Eventually the crowd stood on their feet, too bad it was only for intermission.
Thanks again for coming to our city, here’s hoping that you come around again. I here a cure for Boring-itis is just around the corner.
I’m attaching some of the pictures I took of the show. Hope you enjoy!
Mike 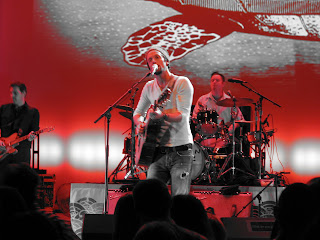 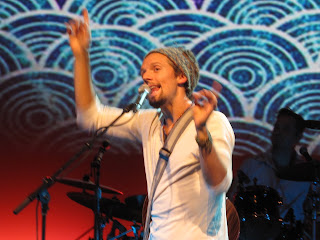 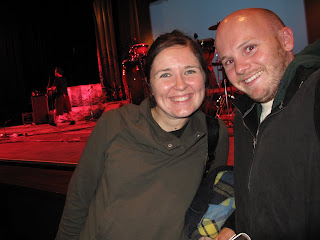